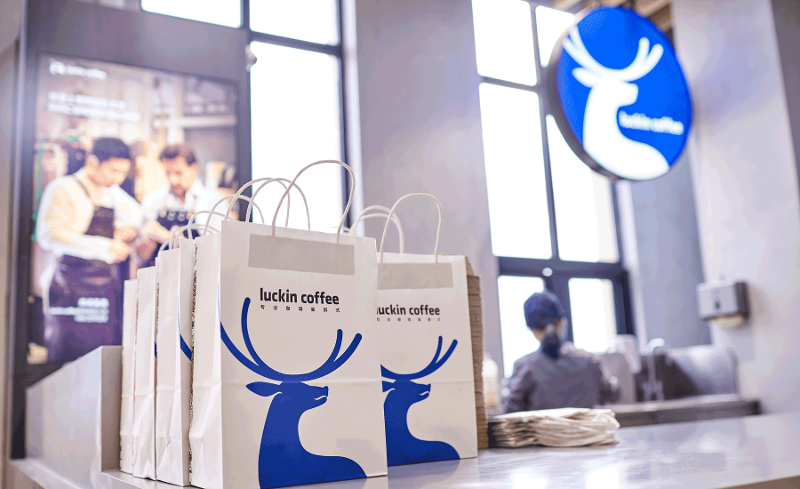 Luckin Coffee, which used fabricated transactions to give the appearance of a super-fast growing coffee chain to unsuspecting investors on the other side of the world, has agreed to pay a $180 million fine to the Securities and Exchange Commission.

Federal regulators announced the settlement on Wednesday when it also filed a complaint against Luckin charging it with fabricating more than $300 million in retail sales using third parties to create false transactions through a trio of purchasing schemes.

The inflated sales helped the company raise $864 million in debt and equity, typically from U.S. investors with less knowledge of the China market.

The tech-heavy chain captured global attention by peppering the Chinese market with takeout stores that don’t accept cash and use mobile apps and delivery to serve coffee to the country’s growing economy.

The company opened its first unit in 2017 and by the time it submitted initial public offering paperwork two years later it had 2,100 locations and claimed 17 million loyal customers. It had 4,500 locations by the end of 2019.

That gave it more locations in China than Starbucks—putting the Seattle-based coffee giant on its heels. Starbucks views China as its biggest and best growth opportunity and its second-largest market after the U.S.

Luckin raised $418 million in its IPO and another $446.7 million from the issuance of bonds, according to the SEC, or $864 million overall.

But while Luckin generated considerable buzz in the U.S., some investors grew skeptical. In February, the short-seller Muddy Waters Research published allegations that Luckin inflated its numbers.

Luckin denied the allegations, but by April—one year after its U.S. IPO—the company admitted to a massive fraud to create fake transactions and give the appearance of massive growth that wasn’t there. The admission would lead to the ouster of numerous executives and its delisting from Nasdaq in July.

According to the SEC, Luckin overstated revenue by 28% in the second quarter of 2019 and 45% in the third quarter.

It also understated the company’s net loss by 15% and 34%, respectively, in those two quarters.

Luckin generated sales in part by selling coupons through Alipay or WeChat. According to the SEC’s complaint, the company faked its coupon sales by having employees and family members and others transfer funds to their WeChat and Alipay accounts, which were then used to buy coupons. The company then faked orders by having them redeem the coupons even though orders were never placed and the coupons were never redeemed.

The company also did this through four corporate accounts.

Most of the fake orders, however, came through a third scheme using a series of shell companies, or intermediaries that would resell coupons to individual customers. Luckin created “sham coupon purchase agreements” with these shell companies. The company created fake orders based on the fake coupon sales and recognize them as revenue, even though no orders were actually placed.

Executives “created a fake operations database and altered bank records to hide their misconduct from the company’s finance department and others.” The altered records enabled the company to make misleading statements.

Luckin’s settlement is subject to court approval. In addition to the penalty, Luckin also agreed to some “permanent injunctions.”