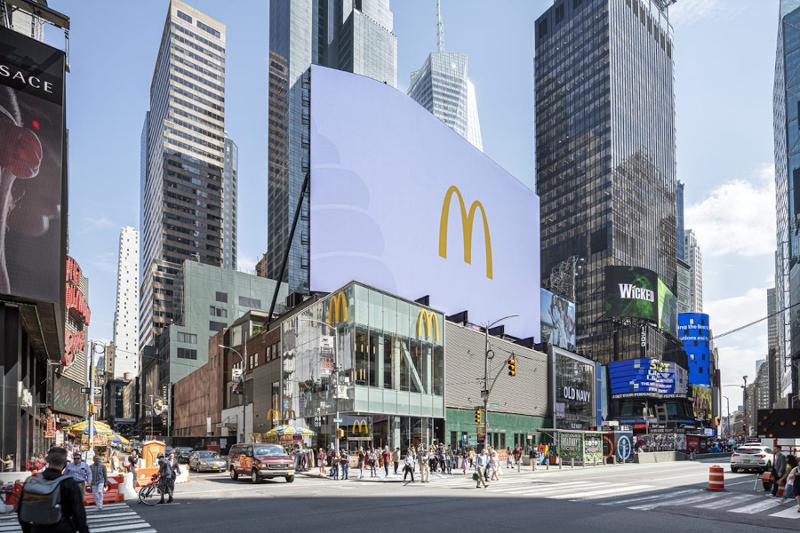 Bowing to a growing push to eliminate dine-in visits, McDonald’s on Monday said it plans to close the seating areas in all of its company-owned restaurants and will encourage its franchisees to do the same.

The Chicago-based burger giant said it would take this step effective at the close of business Monday.

It said it would close self-service beverage bars and kiosks and “shift our focus to serving customers through the drive-thru, walk-in, takeout and McDelivery.”

The company also said it would close the PlayPlaces in all of its locations.

McDonald’s said its franchisee leadership supported the strategy, and that it expects the majority of operators to follow the company’s lead. That’s important, because franchisees own 95% of the burger chain’s nearly 14,000 U.S. locations.

Indeed, early on Tuesday, Caspers Co., a large and influential Tampa, Fla.-area operator, said it would close its seating areas.

“It is remarkable how franchisees, suppliers, agencies and company employees have come together in recent days,” Joe Erlinger, president of McDonald’s USA, said in a statement. Erlinger held a conference call with the company’s U.S. market Monday.

McDonald’s on Tuesday warned of a potential “negative financial impact” from the decision to close seating areas, but noted that it could not be “reasonably estimated” because “neither the duration nor scope of the disruption can be predicted.”

In addition to its U.S. dining-room closures, most markets have limited operations around the world, and countries such as Italy and Spain have closed all of their restaurants. McDonald’s did say just about all of its restaurants in Japan are open, and 95% of its China restaurants are open.

In the U.S., McDonald’s generates about 70% of its sales through the drive-thru window, making the seating areas less important to the company’s overall business.

Yet the company expects to lose a substantial number of commuters who use its restaurants for a quick breakfast on the way to work because more companies are having their employees work from home.

McDonald’s decision to eliminate its seating area comes amid a rapidly evolving regulatory market that is demanding the elimination of dine-in restaurants for a time as a crucial step to prevent the spread of COVID-19.

Numerous states have taken the extraordinary step of limiting restaurants to takeout and delivery only. And on Monday afternoon, President Trump urged Americans to stop dining out at bars and restaurants.

“We’re going to do whatever is necessary to help any other owner and partner,” Kempczinski said. “We will not let you fail. Managing directors have the necessary tools and authority to help each operator and partner address your own unique situation. We’re all in this together.”

Kempczinski said the company would also “support our people who are infected with COVID-19 and embrace them when they return to health.”

He said the company would be transparent and lead by example. He also said that the company needed to “think and act with a long-term mindset,” noting that the pandemic will not last forever.

“One day we will be on the other side of this,” Kempczinski said. “The decisions we do or don’t make in the coming weeks will reverberate for years. Make certain owner-operators will emerge from the pandemic. There’s no reason to think any other than long-term.”

UPDATE: This story has been updated to add additional information.