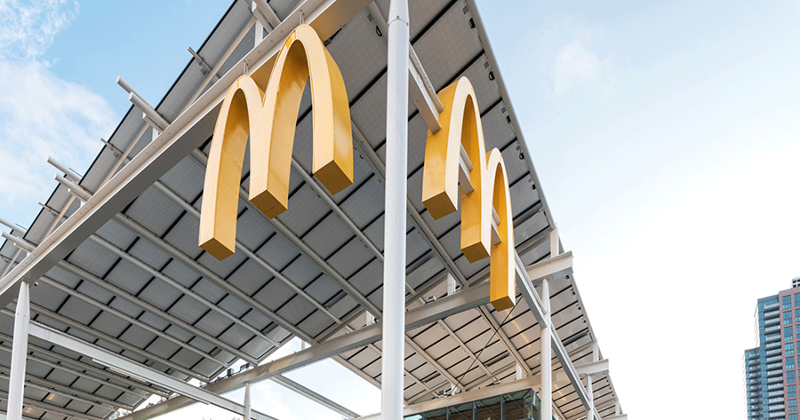 McDonald’s former CEO denied that the company did not know he had multiple relationships with employees when he was fired last year as he fights a lawsuit over tens of millions in severance payments.

In a response filed in a Delaware court last Friday, Steve Easterbrook is seeking to dismiss the company’s breach-of-contract lawsuit filed earlier in the week, arguing that the case should have been filed in Illinois and not in Delaware. Easterbrook also said the company knew about a stock award given to one of the employees with whom he had an apparent relationship.

McDonald’s is seeking a return of stock options and other payments given to Easterbrook when he was fired in November for what was described as a consensual relationship with an employee. The company in its lawsuit said that revelations of three additional sexual relationships with employees mean the firing should have been “for cause,” which would make Easterbrook ineligible to keep stock options and other payments as severance.

But Easterbrook said any suggestion the company did not know about the relationship was false.

“McDonald’s admits that the ‘new’ information it now relies upon is not new at all,” an attorney for Easterbrook wrote in a filing. “Rather, since the outset of the investigation, it was in the ‘company email account stored on the company’s own servers.”

“Said differently, based on the very same information McDonald’s has today, it negotiated a separation agreement,” the filing says.

In a statement on Monday, McDonald’s says it “stands by its complaint, both the factual assertions and the court in which it was filed.”

McDonald’s filed its lawsuit in Delaware last Monday, and Easterbrook’s response days later suggests the company is in for a major fight over the severance, believed to be valued at least $42 million. That deal forbids Easterbrook from taking a position at one of the company’s competitors.

Easterbrook was fired in early November after more than four years as CEO, a period in which he was credited with turning the chain around. At the time, McDonald’s said the firing was over a single, consensual relationship with a subordinate.

McDonald’s has said an anonymous tip suggested that Easterbrook had more than the single relationship. The board was said to be “irate” at the new information, and a search of his email revealed sexually explicit messages, including some nude photographs, with three additional subordinates and women outside the company.

McDonald’s then sued Easterbrook to recover the severance payments. In its lawsuit, the company said Easterbrook approved a grant of restricted stock worth “hundreds of thousands of dollars” to one of the employees with whom he had a relationship.

The company came under intense fire over the severance payment, and some shareholders affiliated with groups critical of McDonald’s have called on some board members to step down after what they saw as a “soft-handed approach” to investigating Easterbrook’s conduct.

Yet the lawsuit also came after the company, under Easterbrook’s successor Chris Kempczinski, vowed to abide by a set of values, including fostering more diversity and inclusion and doing “the right thing.”

UPDATE: This story has been updated to reflect additional reporting.