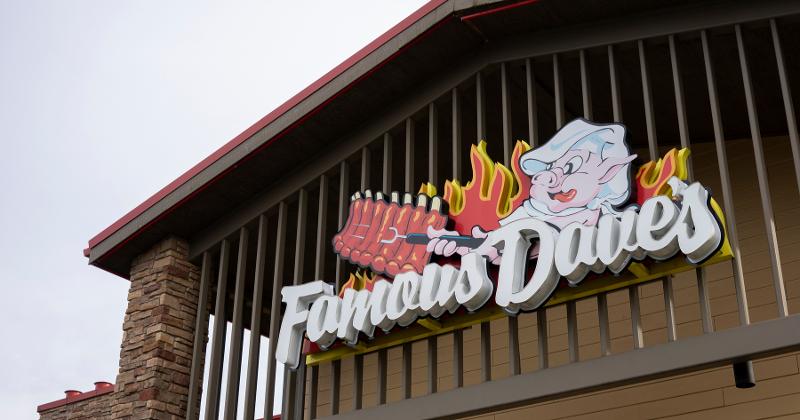 MTY Food Group has completed its acquisition of BBQ Holdings, the parent of Famous Dave's, Bakers Square and seven other concepts.

Montreal-based MTY, which owns more than 80 restaurant brands including Papa Murphy's and Cold Stone Creamery, is taking BBQ private for $17.25 a share. It will give the brand collector a bigger presence in the U.S. and adds some full-service flavor to its family of concepts.

The deal was valued at $200 million when it was announced in August and includes BBQ Holdings' debt.

It's a marriage of two highly acquisitive companies. MTY has been on a buying binge since 2016, when it acquired Pinkberry owner Kahala Brands. It now has nearly 7,000 units in North America—including about 4,000 in the U.S.—most of them franchised. BBQ began adding concepts in 2020 under the guidance of CEO Jeff Crivello, who has worked to buy up concepts that can be mixed and matched with one another through co-branding and ghost kitchens.

BBQ's brands are mainly full-service chains such as Village Inn, Granite City Food & Brewery and Tahoe Joe's. It has more than 300 locations and expected to reach 366 by the end of this year.

“With 80 brands, there’s just a lot that we can fold together,” Crivello said at the time. “All the pieces of the puzzle are on the table.”

Crivello will remain in charge of BBQ's brands and its headquarters will stay in Minnetonka, Minn.