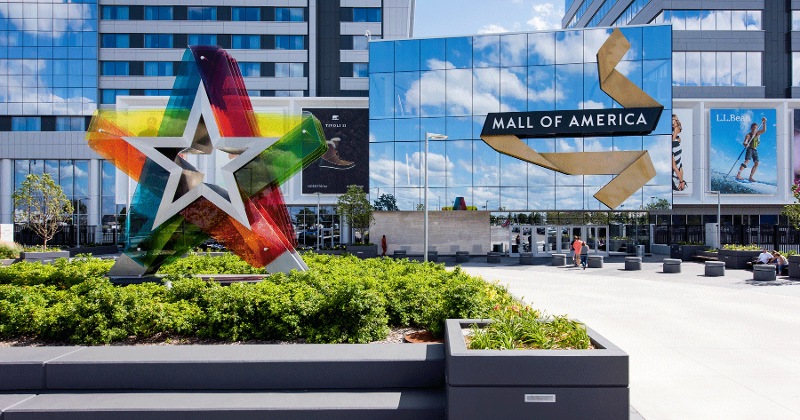 Last week, J.C. Penney reached an agreement to sell itself out of bankruptcy. The buyer was unusual: Simon Property Group and Brookfield Property Partners.

Well, it would have been unusual a few months ago. In recent months, landlords have taken more aggressive steps to save retailers. Simon has either saved or help save a handful of retailers, including Brooks Brothers, Lucky Brand and Forever 21.

The reason for the efforts, of course, is to keep from having a lot of closed locations, which could lead other retailers to leave quickly emptying malls. But the effort also highlights major problems with the country’s retail shopping centers in the post-pandemic era: At a time when retail traffic was already a huge concern, they now face an all-out apocalypse.

The challenges at these retail developments are clearly important to restaurants. Last week, Dave & Buster’s said its same-store sales fell 87% last quarter. But its mall stores were even worse, by 7 percentage points.

It’s hardly a new phenomenon. Before the pandemic, for instance, Red Robin noted that same-store sales at its mall locations were worse than non-mall locations.

Nor is the situation limited to casual dining restaurants. Starbucks said back in April that it anticipated mall stores’ recovery would be slower, and since then it has said that it plans to shift away from such locations, toward more cafes with a drive thru.

The retail industry had been hurt for years by a shift of customers toward online or specialty retailers. The pandemic hit that business like a ton of bricks. As bad as the restaurant industry has had it, some retailers have had it worse: 27 retailers have filed for bankruptcy this year.

As such, that has these mall developers taking drastic action, such as buying entire chains of department stores to keep their locations open and operating.

The problem, of course, is determining whether the drop in traffic is permanent. Not all of it is—plenty of people will surely head back out to shopping centers once the pandemic is over, whenever that is.

At the same time, trends toward online shopping mean that restaurants have to learn to live on their own, and without the benefit of everyday shoppers. Not surprisingly, most restaurant chains that have come to rely on malls over the years are shifting in a new direction. Auntie Anne’s, for instance, recently debuted mobile ordering and delivery as it attempts to evolve beyond its traditional shopping-center home.