Only 130 of those went to restaurants listed as Black-owned businesses, according to a Restaurant Business analysis.

That is a certain undercount. After all, four out of every five recipients left the race question unanswered on loan documents, highlighting a long frustration for advocates trying to examine lending practices within federally guaranteed loan programs.

Yet among companies that filled out the race question, just 1.3% of them were Black-owned, which demonstrates a long-term problem in small business financing.

Black-owned borrowers are simply less likely to get loans for their businesses, which is particularly important in a capital-intensive restaurant industry that depends heavily on financing for establishments to get off the ground.

“The fact that the PPP program went through the private lending meant it was always going to be racially discriminatory,” said Sarah Crozier, senior communications manager with Main Street Alliance, a small business advocacy group. “The industry has financial redlining problems, and just on the data alone it has data collection problems.”

The lack of loans is due in part to a lack of Black business ownership overall. Just 7% of U.S. businesses before the coronavirus pandemic were Black-owned, according to data from a University of California, Santa Cruz study last month.

By contrast, about 13% of the population, and about 13% of restaurant employees, are Black, according to federal data. To many advocates, some of the disparity in business ownership can be traced to challenges with financing—and those problems were reflected in the Paycheck Protection Program.

Advocates argue that the problem lies with the way the fund was created, which relied on private lenders to administer the funds, using the U.S. Small Business Administration’s 7(a) program.

The PPP was initially funded with $349 billion, and had favorable terms—notably, allowing the loan to be forgiven if the borrower spent most of it on payroll.

That set up a mad dash for funds. Lenders largely favored their existing customers, and larger and more sophisticated borrowers often found themselves at the front of the line.

“It did exactly what it was designed to do,” said Renee Johnson, senior government relations manager for Main Street Alliance. “The [SBA] 7(a) program is that horrible. Systematically it has not helped people. Going through that program was insane.”

Congress ultimately injected the program with additional funding and, through July 10, there have been 4.9 million loans made, with an average loan size of just over $100,000.

“It did exactly what it was designed to do. The [SBA] 7(a) program is that horrible. Systematically it has not helped people. Going through that program was insane.” —Renee Johnson, Main Street Alliance

Advocates have long complained that federal loan programs do not track lending based on race and gender despite a 10-year-old law requiring them to do so. “There really isn’t any [data] on the lending practices of banks to small business owners of color and women,” Johnson said.

The lack of race and gender response on the PPP fund therefore makes the data suspect. For instance, 87% of all loans made through the program were under $150,000. The SBA did not release data on those loans, and it’s possible that a higher percentage of those PPP funds went to people of color.

Yet the lack of data makes it difficult to assess the lending industry’s performance in providing funds to different groups.

The data “would inform the bank industry themselves on who’s making these small business loans and who is being denied,” said Anneliese Lederer, director of fair lending and consumer protection with the National Community Reinvestment Coalition, a Washington, D.C.-based group that pushes for more investment into underserved communities.

That said, the information that is there highlights traditional problems certain groups have in getting funds and suggests that those that needed the program most were unable to get them.

Among those borrowers that answered the question, just 17% of the restaurant loans of $150,000 or more went to women-owned companies. A quarter of the loans went to Native Americans, Asians, Black or African Americans or Hispanic or Latino borrowers, according to an analysis.

Lederer was the main author of a recent study that found lenders treated borrowers differently based on race.

The study found that lenders were more likely to encourage White applicants to apply for a loan than Black applicants, offered them different products or gave them different sets of information. 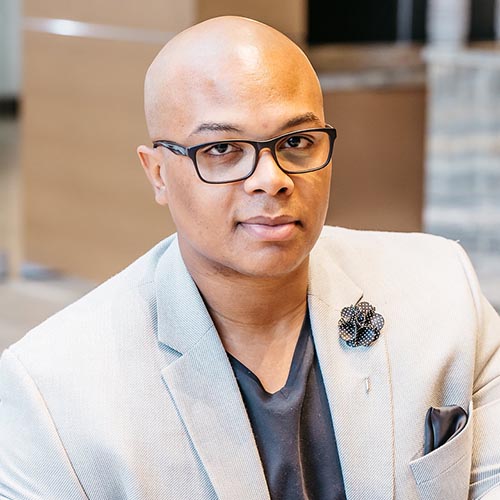 The historic challenge many Black-owned businesses have in getting loans might have kept many of the restaurant owners from trying in the first place.

“For the most part, many of them did not apply for it.” —Apollo Woods, OKC Black Eats

Apollo Woods operates OKC Black Eats, a directory of Black-owned restaurants in the Oklahoma City area. His own company, a startup firm, was deemed ineligible for the funds because he showed a loss on his financials, though Woods had been expecting a strong year.

Yet Woods also said that most of the restaurants he works with didn’t bother trying to get a Paycheck Protection Program loan. “For the most part, many of them did not apply for it,” Woods said.

Woods also said many Black operators’ overall experience with lending might have discouraged them from applying.

Lenders will traditionally require sales data from existing businesses in an area, for instance, yet many underserved areas don’t have many businesses in the first place, making it more difficult for Black borrowers to get approved for loans.

That made them less likely to try for PPP funds, he said. “The impacts of redlining made it very difficult to build the confidence that I’m going to get a loan,” Woods said.

Fortunately, Woods said, all but one of the restaurants he works with remains in business, a sign of resilience through the pandemic.

That said, some data suggests that Black-owned businesses overall have been far more likely to close up shop for good.

The University of California, Santa Cruz study, by economics professor Robert Fairlie, found that 41% of Black-owned businesses closed up shop between February and April.

Those numbers could suggest that many Black restaurant owners either didn’t or wouldn’t get loans and walked away from their businesses.

“I think there’s a ton more because of discrimination in the banking industry,” Johnson said. “They didn’t even apply and had to shut down. They didn’t apply and close. There was no way to salvage what they had.”