Stephanie Hart has owned and operated her Brown Sugar Bakery in Chicago’s Grand Crossing neighborhood on the South Side for 16 years, building it up from a “one-person lady business” to a thriving bakery with 29 employees and an annual payroll of nearly $700,000.

But she couldn’t get her bank to help when she needed Paycheck Protection Program aid after temporarily shutting down to slow the spread of the coronavirus. Hart says she couldn’t even get someone from her bank on the phone.

And, in recent days, she has anxiously watched security cameras trained on her business as violence has erupted around the city following the killing of George Floyd while under custody of the Minneapolis Police. Brown Sugar Bakery sits on a strip of 75th Street known to locals as the Blacknificent Mile, with a number of long-standing Black-owned businesses, including restaurants, bakeries, an art gallery and a tailor shop.

“If I was in a movie and I needed to cry, I would think about Sunday,” Hart says, recalling the worst recent day of violence in Chicago, when looters and rioters destroyed businesses in many neighborhoods. “I understood what happened and I understand the frustration. This might be selfish and it might be wrong, but this street right here. Man, I can tell you how these people here have fought. We fought to overcome so many things as an area. And then to have COVID hit, and you’re just now starting to pick up the little pieces.”

Hart, whose business has been spared from the violence so far, eventually found a smaller bank that helped her secure PPP funding to keep her Southern-style bakery afloat. 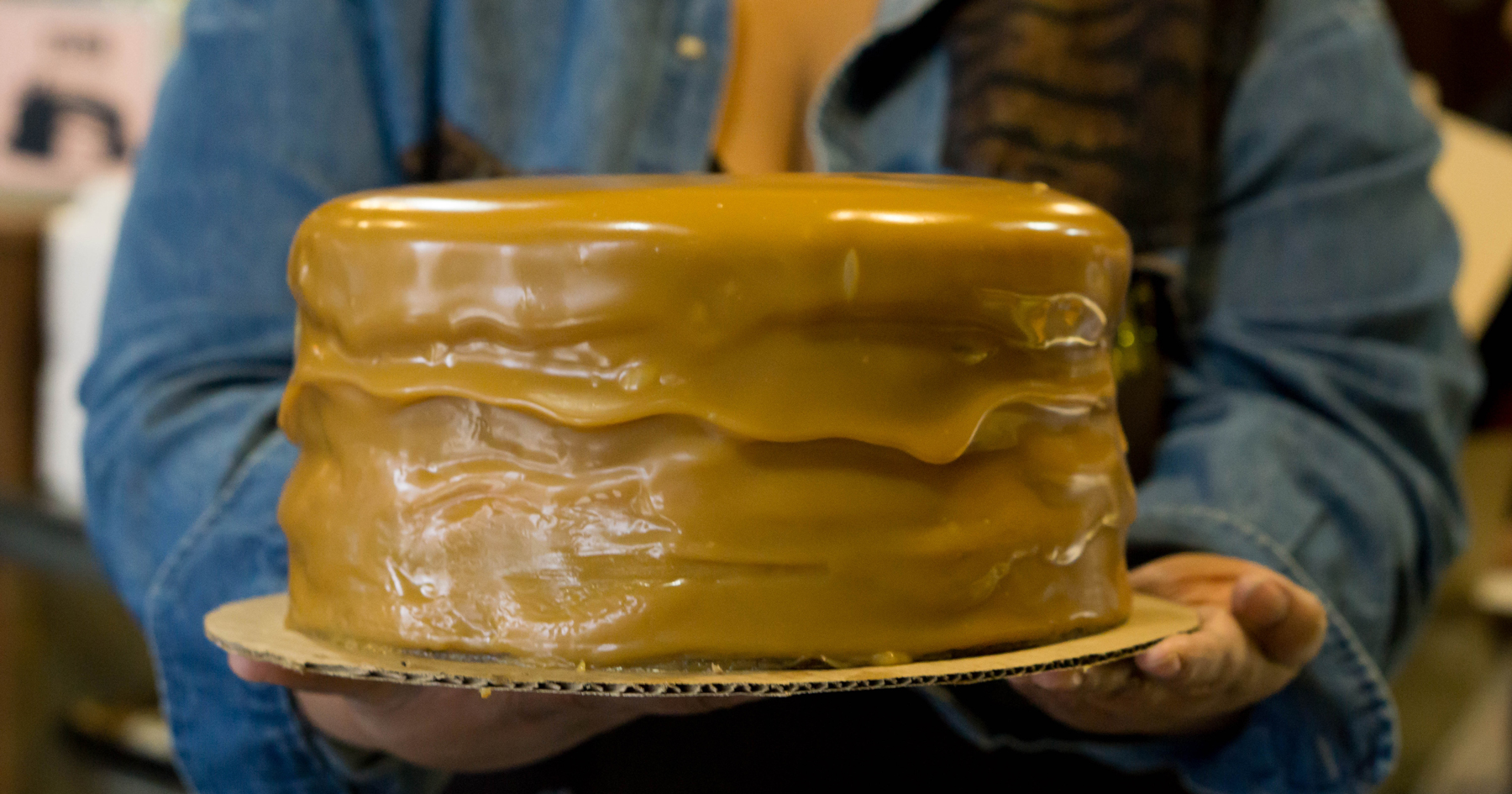 Her thoughts on the PPP aid, though, are emblematic of the struggles faced by many Black-owned restaurants today. Difficulty accessing capital is just one of the factors that put these restaurants at a disadvantage compared to their white-owned counterparts. And the coronavirus and recent racial unrest have brought these long-standing issues to the fore.

Unlike many restaurant operators, Hart says she is not concerned about meeting the requirements to have her loan be forgiven.

“As a minority business owner, I’ve never been able to get a real bank loan previous to this,” Hart said. “I’ve got to look at this an opportunity to be strategic with a low-interest rate loan. Now that I’ve got 24 weeks now, I will probably be able to get forgiveness. Just being a minority business, if I have to take this one as a loan, I’m going to do it because it’s the best terms I’ve ever gotten.”

It has been estimated that up to 25% of the country’s independent restaurants won’t survive the coronavirus pandemic. Separate out Black-owned restaurants from that group, and the number will likely be significantly higher.

Minority-owned businesses are also less likely to have access to major commercial lenders. Plus, the PPP fee structure incentivizes loans to larger firms that will generate higher fees, putting very small businesses at a disadvantage.

These issues with PPP reflect some of Black business owners’ financial challenges in general.

“There are definitely long-standing inequities in access to capital,” Farahi says. “And we know that lending discrimination exists. So that’s likely to mean that [Black-owned businesses] are more likely to get less-favorable loan terms.”

A lack of access to capital limits Black-owned restaurants in other ways, too, says Anela Malik, a food blogger and advocate based in Washington, D.C.

New restaurateurs may pour most of their already limited budgets into getting established, leaving them little to spend on things like marketing and public relations. “That affects not only their longevity but also their growth,” she says.

Losing Black-owned restaurants can deal a tremendous blow to a community, especially a neighborhood that already has little access to grocery stores or other food establishments, says Jecorey Arthur, a professor at Simmons College of Kentucky in Louisville. Arthur, who is running for city council, lives in the same neighborhood where barbecue vendor David McAtee was killed during a shooting with police and National Guard early this week.

In Arthur’s neighborhood, in addition to McAtee’s killing and the loss of his business, the only full-service grocery store was shut down after being looted.

“The adversity of even getting someone to come in and try you, being that you named yourself a Black-owned business—just by using those words, you have to overcome that.” —Mike Blaylark, Gossip Shack

Being a restaurant owner is hard work. Anyone who has done it would attest to that. Running a Black-owned restaurant in this country brings a host of added challenges.

“The adversity of even getting someone to come in and try you, being that you named yourself a Black-owned business—just by using those words, you have to overcome that,” says Mike Blaylark, owner of Gossip Shack, a three-unit wing concept in Austin, Texas.

Blaylark has been checking his security cameras each morning this week to see if his restaurants have been damaged by nearby looting. Those fears are compounded by the business impacts of the coronavirus crisis.

“I don’t have insurance, just being honest,” he says. “So if they tear mine up, we ain’t getting help. … We’ve already incurred financial [loss] from COVID, now on top of this, we’re pretty much looking at possibly even going bankrupt.”

Jason Stevenson, who runs Stevie J’s, a barbecue restaurant in Louisville, shows up to his restaurant every morning hoping it hasn’t been damaged by violence and looting.

“This morning, I’m getting ready to head to the barbecue place, hoping nobody vandalized it or broke in,” Stevenson says.

The coronavirus hit during the restaurant’s peak season, he says, but he was able to keep in business with to-go orders. He said he sells out of rib tips, burgers, sausages and chicken almost every day.

He has been conservative in saving his revenue to prepare for challenges, he says

“To me, you should be very grateful,” he says, noting his religious faith. “If you’re used to making thousands and you’re making hundreds, you should be grateful because some people aren’t making anything.”

Nicole Gates, co-owner of Miami’s Lil Greenhouse Grill, started the year with a visit from Oprah Winfrey, who came in to highlight a Black-owned business operating in an opportunity zone in the Overtown neighborhood.

The restaurant started as a food truck and moved into a community that was once blighted by crime and now has “property so valuable that the people who created that community can’t even afford to live there,” Gates says.

Gates was able to secure emergency loans, as well as some grants, to keep her business above water despite the coronavirus.

People from the restaurant’s neighborhood shut down a recent protest planned for the area, after seeing the violent after-effects of such actions around the country.

“It got mixed reviews,” she says, noting that people expect Black-owned businesses to support protests for racial equality.

“We decided we’re not going to do this to Overtown just because we’re Black,” she says. “After you all leave and the bad element comes at night, we’re going to be the ones that have to clean it up.”

“It’s really hard to think of solutions for an industry when the root of the issue is societywide and not industry-specific.” —Anela Malik, food blogger and advocate

Protecting Black-owned restaurants from demise means dismantling the systemic racism that has kept them from accessing capital and other business-building resources.

Of course, that’s easier said than done. “It’s really hard to think of solutions for an industry when the root of the issue is societywide and not industry-specific,” says Malik.

To improve equity in access to PPP funding, the Center for Responsible Lending recommends a minimum origination fee for the loans, rather than a percentage fee, to level the playing field, Farahi says.

An extension of the PPP spending deadline, which Congress approved this week, will help Black-owned restaurants, she says.

Also helpful would be a streamlined application process for aid. “You don’t want to bury small businesses in burdensome bureaucracy and paperwork to get the loans they were promised,” she says.

The program also needs better data transparency to detail demographic nuances within it, she says.

Hart’s Brown Sugar Bakery secured PPP funding through a smaller bank. After temporarily closing, she came back with a Mother’s Day pop-up and has been selling baked goods to go. She launched an online ordering portal and is going to begin shipping cakes. She is getting ready to reopen her store to customers, creating a dedicated entrance and exit as well as putting up plastic barriers between workers and guests.

“I’ve had a meeting with three different people at my new bank,” she says. “I opened up with them. I’ve talked to my old bank and I’ve told them, ‘Eventually, I’m closing my account with you. You couldn’t even call me back. You’re blocks away from my business. You’re taking in this money from my business.’

“It was overwhelming to shut down my business after every nook, cranny and trick to keep these doors open. To close them was gut-wrenching, but I did it. And I found out that I was glad that I did, because there was so much work to be done around stabilizing myself for the future. I had to get my act together.”