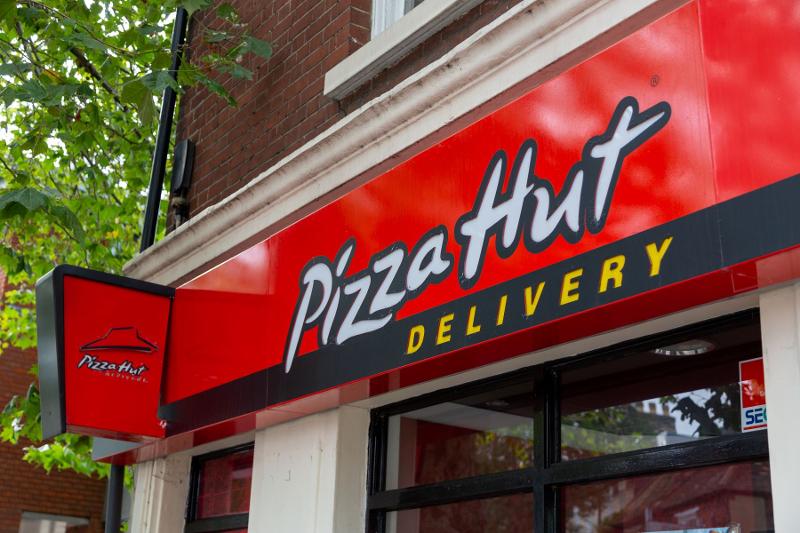 Pizza Hut is seeing results from its use of third-party delivery providers. / Photograph: Shutterstock.

When it could not find enough drivers to deliver its pizzas earlier this year, Pizza Hut decided to embrace a perceived competitor, third-party delivery companies like DoorDash. The move appears to have worked.

That was a substantial improvement on the 4% decline in the previous quarter, an improvement company executives said was due in part to Pizza Hut’s use of third-party delivery providers. “Pizza Hut has made progress on embracing third-party aggregators to solve some of their delivery challenges,” Yum CEO David Gibbs told analysts. “We saw meaningful improvement in their trends on delivery sales.”

Use of companies like DoorDash and Uber Eats has been a big focus for Pizza Hut this year. Gibbs said 90% of the chain’s U.S. system is now working with at least one third-party delivery company.

Pizza chains have had an uncertain relationship with third-party delivery since that industry’s emergence in 2016 and 2017.

Some of the biggest chains have avoided offering their pizzas for sale on the aggregators’ marketplaces, viewing them as competitors. Domino’s, the world’s biggest pizza delivery company, has made a key point of avoiding them. It has also called aggregators its biggest competitive threat.

Others, such as Papa John’s, embraced their use to get access to the delivery companies’ popular mobile apps and to provide some excess delivery capacity. Little Caesars, the country’s third-largest chain, uses them to give it a delivery business it did not previously have.

Labor challenges that worsened in the back half of 2021, however, have put more pressure on companies to use these providers, simply because they could not employ enough drivers to provide delivery when customers want it.

Papa John’s use of third-party delivery was one of its key points of differentiation. In reaction, Pizza Hut opted to start using those services. “We view this more as a capacity challenge than a demand challenge,” Yum CFO Chris Turner told analysts.

So far, it appears, the effort is working, as aggregators provide some capacity assistance and also access to their app users. Turner said that the gap between Pizza Hut’s carryout sales growth and delivery was 23 points in the second quarter. In the third, it was down to 17 points. “That means delivery was significantly higher,” he said. It’s “giving us more delivery capacity in the system.

“There’s one other benefit from the aggregator platforms. We get an incremental customer who sees us on those marketplaces. There’s probably been a bit of an impact there as well.”

As for Domino’s, it remains a holdout. “Staffing remains a constraint, but my confidence in our ability to solve many of our delivery labor challenges ourselves has grown over the past few quarters,” CEO Russ Weiner told analysts last month.

UPDATE: This story has been updated to clarify that Pizza Hut's sales numbers were in the U.S.