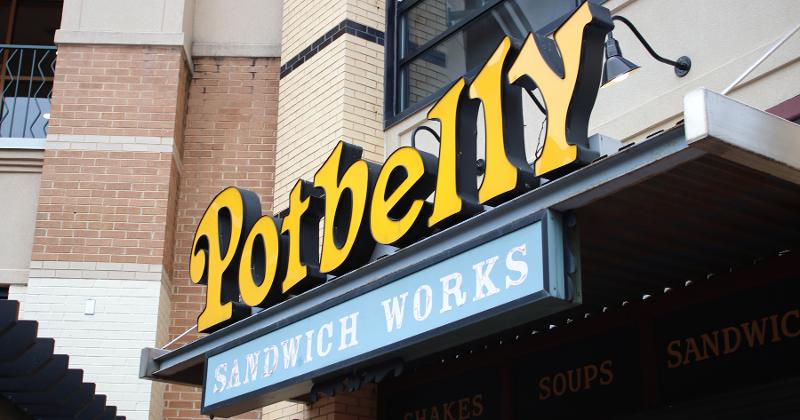 Last month, Potbelly said it would permanently close up to 100 of its shops, which would be almost a quarter of the Chicago-based sandwich chain’s locations.

That move could require a bankruptcy filing to get out of some of those leases. A source familiar with the situation said the company has hired a restructuring consultant and a bankruptcy attorney.

Potbelly told landlords that it would seek a restructuring if enough of them refused to an agreement to buy out their leases.

That largely confirms a report earlier this week in the publication Adweek saying Potbelly has hired a restructuring advisor—though Alvarez and Marsal is not that firm. In a statement to Restaurant Business, Potbelly said that the company “is not engaged with this firm,” and another source with the firm itself also said it was not working with Potbelly.

Yet the prospect of restructuring is still there, which would be a frustrating result for the company, which has been in a perpetual state of recovery for much of the past three years—and appeared to be generating some momentum.

Same-store sales had declined 11 straight quarters before the chain squeezed through a 0.1% increase in the last three months of 2019. Same-store sales were up 2.5% in the first 10 weeks of the first quarter before falling off a cliff and finishing down 10%.

Potbelly hasn’t had a quarter with 2.5% same-store sales growth since the first quarter of 2016.

That helped the company reduce its cash-burn rate, from $2 million per week to $500,000. Potbelly finished May with $29.8 million in cash and $44.7 million in total liquidity. It also said it was “cash neutral” at the store level.

Still, the company said, its cash burn rate “will be highly dependent on the continuing trajectory of same-store sales and the resumption of lease payments made at the vast majority of our stores,” CEO Alan Johnson said earlier this month. “We continue to act with a sense of urgency to both protect and improve the long-term financial health and fundamentals of the business.”

Potbelly’s challenges reflect those of many other restaurant chains and local concepts, which are hoping for assistance from landlords and lenders to avoid bankruptcy filings or other crucial steps.

The sandwich chain does not have any long-term debt outside of a revolving credit facility that it has used to provide cash to weather the pandemic.

Last month, the company included a “going concern” warning in its quarterly report and said it was “probable” that it will not be in compliance with certain requirements in its credit agreements.

Yet its biggest challenge is leases. Like most chains, it rents its locations. Potbelly also operates in a lot of urban markets where such leases cost more. The company has $203 million in long-term lease obligations.

Many companies received a break from landlords as states began shutting down dining rooms throughout the country. Yet in the vast majority of cases, those breaks came in the form of deferrals, meaning companies will have to pay them eventually.

Thus, while Potbelly’s cash burn might have improved, the return of leases and the request for back rent could stand in its way.

What’s more, years of weak same-store sales have likely made more stores financially troubled—Potbelly reported operating losses of $9.2 million and $10.6 million in 2019 and 2018, respectively. The company had a net closure of nine shops last year.

Those operating losses widened in the first quarter, of course, once the pandemic hit.