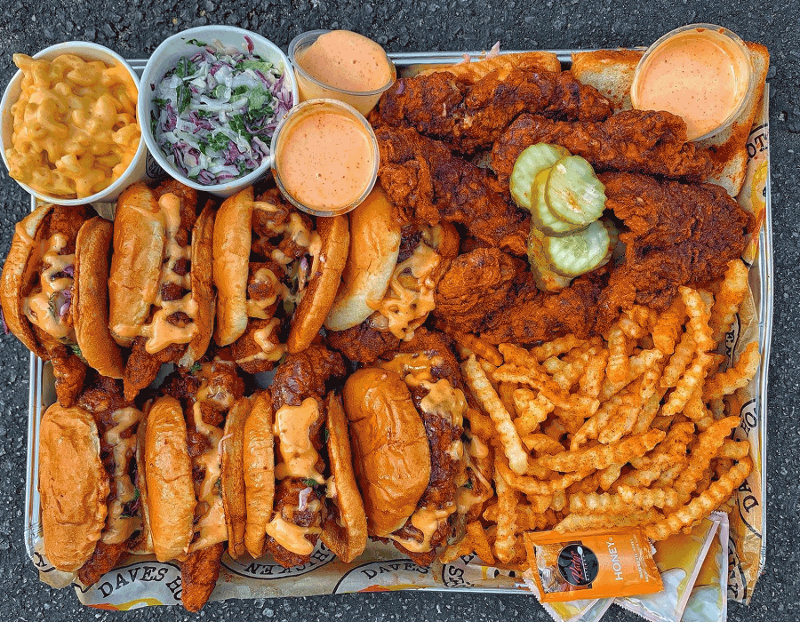 Drake becomes “one of the largest individual investors” in Dave’s, a chain spokesman told Restaurant Business, declining to specify the size of the investment.

In May, Drake shared a photo of himself diving into a to-go package of a Dave’s combo on his Instagram story, which has more than 92 million followers.

“I tried the food, and it was amazing,” Drake said in a statement. “After meeting the founders and hearing their story, I jumped at the opportunity to invest.”

Drake is also an investor in Daring Foods, a maker of plant-based chicken. Dave's Hot Chicken CEO Bill Phelps said there no plans to bring those products to Dave's menu. 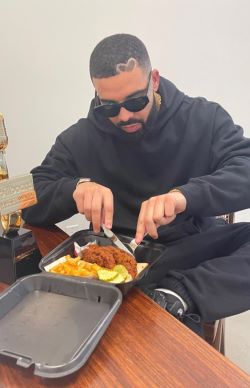 The Drake-Dave's relationship started more than a year ago, Phelps said. The rapper was named Billboard's Artist of the Decade last spring and wanted to serve Dave's Hot Chicken at his party to celebrate the honor.

"It went off really well," Phelps said. "All the founders met him and talked ... He really loves the brand."

Consumers can expect to see Drake posting about the chain on social media.

"He's a great ambassador," Phelps said. "He's not just a celebrity. He resonates with our target audience, which is the young millennials and Gen Z."

Dave’s Hot Chicken was founded in 2017, as a parking lot pop-up in Los Angeles. The concept soon opened its first brick-and-mortar restaurant in East Hollywood.

Two years later, the founders enlisted Bill Phelps, co-founder of Blaze Pizza and former CEO of Wetzel’s Pretzels, to head the chain as it began franchising.

Dave’s has been growing quickly since then. In February, it has just eight locations. Dave’s said it has since sold the rights to more than 500 franchise locations in the U.S. and Canada, with 25 more openings planned by year’s end.

“We couldn’t believe how we could sell franchises during the pandemic,” Phelps told RB in February. “It shocked us … People are signing on to be franchisees without even seeing a restaurant.”

Joining forces with such as high-profile name as Drake follows in the star-powered growth trajectory of Phelps’ former fast casual, Blaze, which counts NBA powerhouse LeBron James as one of its early investors.

Dave’s Hot Chicken’s menu focuses on fried chicken, ranging from no spice to Reaper-level hot. The chain’s offerings are simple and include chicken tenders and sliders, as well as sides such as mac & cheese, kale slaw and fries.

Drake’s investment is the latest in what has been a very active time for emerging chains. In recent months, investors have put significant amounts of cash in concepts such as Pincho, Dirty Birdand Playa Bowls.

This story has been updated with comments from Dave's Hot Chicken CEO Bill Phelps.