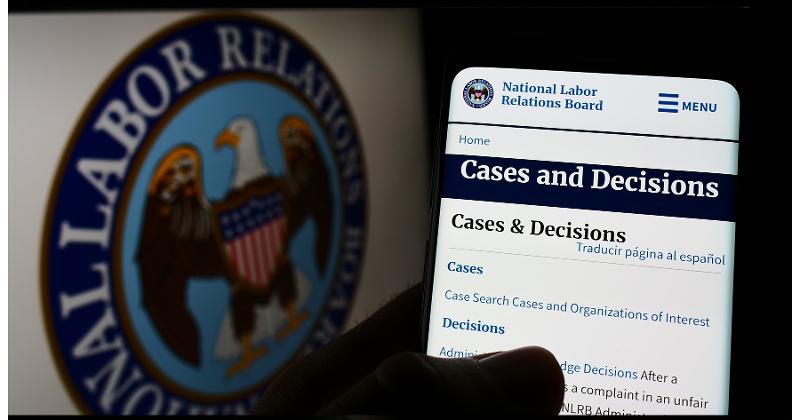 Defining when a restaurant chain or other franchisor is accountable for the labor practices of franchisees has been identified by the National Labor Relations Board (NLRB) as its top regulatory priority, signaling a likely return of a regulatory battle that engulfed the franchise business for years.

Franchisors have faced the threat of being regarded as joint employers of franchisees’ employees on and off for more than seven years. They have warned that holding them responsible for employment functions traditionally handled by franchisees will trigger an avalanche of lawsuits against the bigger concerns, since their pockets are considerably deeper.

As a result, they warn, the franchising model will be drastically altered, if not widely scrapped altogether, because of the heightened exposure to litigation.

There’s also strong concern that a broadened definition of the term “joint employer” will foster more attempts to unionize a chain. Labor organizers often use gross infractions of labor rules or reports of worker mistreatment to rally employee support for unionizing. It’s difficult to rouse indignation against a whole chain for the deplorable behavior of a lone franchisee who may operate a store or two.

Generating worker and public outrage would be much easier if the franchisor could also be held accountable for the galling practices.

“It’s no surprise that the NLRB plans to change the joint employer standard, but it makes little sense," Michael Layman, SVP of government relations and public affairs for the International Franchise Association, said in a statement. "The current standard is clear, simple and was updated two years ago. There is no reason for the NLRB to update the policy in a way that will be harmful to the Main Street business recovery."

The NLRB and the franchise community have been in a firefight over a joint-employer standard since Dec. 2014, when the board ruled that McDonald’s qualified as a co-defendant in labor-related suits brought against one of its employees. Several months later, it announced that the franchisor could be regarded as a joint employer even if it had no direct input on franchisees’ employment policies and practices.

An NLRB reconstituted with appointees of President Trump reverted back to the old interpretation—that a franchisor could only be regarded as a joint employer if it had a direct role in licensees’ employment practices—in 2017.

The Department of Labor (DOL) followed up with a new standard consisting of four questions that determine when the concept should apply. Each gauged whether a franchisor had direct involvement in such fundamentals as hiring or firing franchisees’ staff members.

Franchisors hailed the new standard as a commonsense and unambiguous measure. But it was nonetheless struck down by a federal court because DOL had not followed standard procedures for setting or changing labor rules.

The Biden administration indicated that it favors moving the standard back to the looser version favored by unions.

On Tuesday, the NLRB revealed what its rule-making priorities will be for the near term, as required under the current regulatory process. Setting a definitive rule on when the joint-employer concept applies was at the top of the shortlist.

In practical terms, the announcement means the agency will invite public input on the content and language of the rule. The NLRB will then put forward a rule.

The NLRB did not air a timetable for the process.