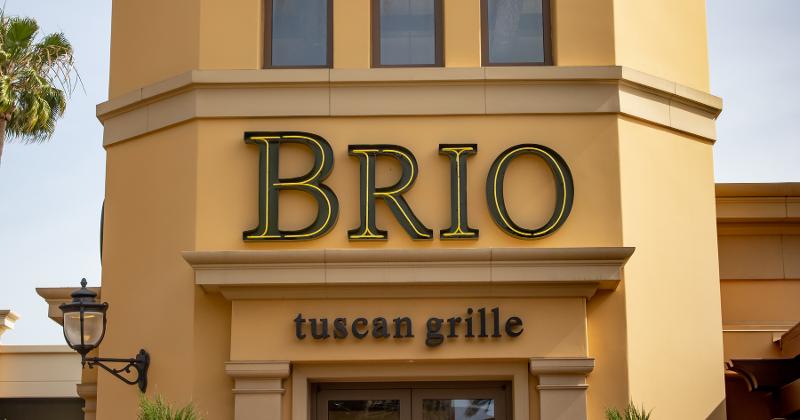 Concept collector Robert Earl has teamed up with the financial backer of the Brio and Bravo Italian casual-dining brands to buy 45 of the chains’ locations for $50,000 in cash, $25 million in forgiven credit and $4 million in assumed liabilities.

The deal is subject to the approval of the bankruptcy court overseeing the operation of the chains’ parent, FoodFirst Global Restaurants. FoodFirst filed for Chapter 11 protection on April 10. At the time, the company owned 100 restaurants, down from the 110 that were in operation when Brio and Bravo were acquired for $100 million in May 2018. The chains had generated $400 million in annual systemwide sales in 2017.

Court documents reveal that Earl’s Earl Enterprises (EE) approached FoodFirst around the time of the filing with an offer to manage the brands. The parties also discussed a debtor-in-possession loan from EE, with the stated understanding that the arrangements would likely lead to EE’s acquisition of FoodFirst. Two other interested parties dropped out of the pursuit of an acquisition at that time, according to the court filings.

After the bankruptcy filing, the investment firm GP Investments joined forces with EE to purchase $30 million of notes held against FoodFirst’s assets by two of its lenders. GP had been the source of financing of Brio and Bravo’s purchase in May 2018. The other principal in the deal was Brad Blum, a past head of Olive Garden and Burger King. Blum said he intended to use the two Italian chains as the foundation for a new sort of company that aimed for healthful dining and sustainable operations as means to financial success, and was named CEO. Blum was replaced in that position by former Applebee's president Steve Layt in late January.

The deal highlighted in documents filed with the Florida bankruptcy court reveal that the GP-EE purchasing partnership—technically GPEE Loan LLC—could raise the $25 million credit-bid portion of its offer to as much as $40 million. But the court papers state that the assets of Brio and Bravo covered in the deal are unlikely to fetch more cash.

The documents indicate that 29 Brio and Bravos are currently in operation, with another 53 closed restaurants still under lease. It was unclear how the 45 properties sought by GPEE break down between open and closed stores, and Brio versus Bravo. The former is more upscale than its sister concept. The full names of the concepts are Brio Italian Mediterranean and Bravo Fresh Italian.

The deal would increase Earl’s restaurant interests by about 23%. His 200 current restaurants include the Planet Hollywood, Buca di Beppo and Bertuccis full-service chains, along with the Earl of Sandwich limited-service operation. EE has also been creating virtual restaurants that offer food for delivery and takeout only. The fare is prepared in the kitchens of other Earl concepts, primarily Buca di Beppo, a family-style Italian concept that does little lunch business.

The deal is the latest example of operators finding opportunity where others see severely distressed concepts. Last week, a bankruptcy court approved the $93 million acquisition of Craftworks Holdings, parent of Logan’s Roadhouse and other full-service concepts, by its lead lender for $93 million in forgiven debt.  The same financial institution, Fortress Credit, also took control of the 300-unit Krystal quick-service chain through a credit bid of $27 million and the assumption of $21 million in liabilities. Krystal had been operating under bankruptcy protection since January, with $65 million in debt.