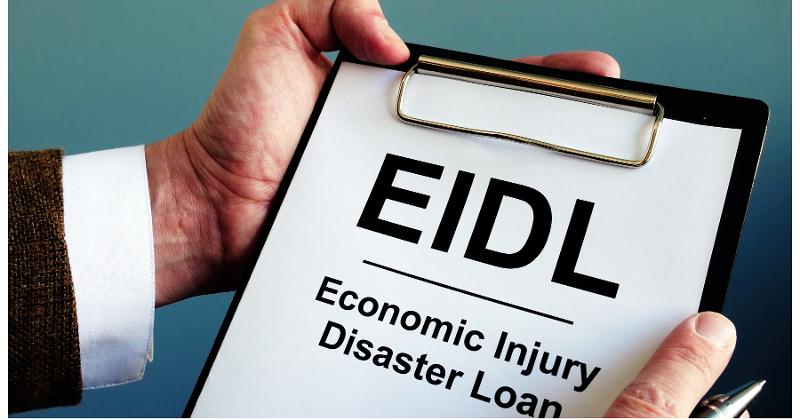 Restaurants shut out of Restaurant Revitalization Fund (RRF) grants could get another shot at federal relief under changes quietly made Wednesday in a low-interest loan program run by the U.S. Small Business Administration (SBA).

The changes are expected to bring $150 billion in aid within easier reach of small businesses.

A $500,000 cap on loans awarded under the SBA’s Economic Injury Disaster Loans (EIDL) initiative was expanded to $2 million, and the eligibility criteria were recast to match the standards used in the RRF program. As a result, a restaurant operation with up to 20 locations or 500 employees could now qualify as an eligible small business.

Also, both criteria do not have to be met. A restaurant applicant with more than 20 locations could be eligible if its payroll does not extend beyond 500 people.

As with the RRF program, a company can borrow no more than $10 million in total.

In addition, the regulations governing the use of the loan proceeds were altered to provide more flexibility to borrowers. Under the new rules, a restaurant or other loan recipient can use the funds to retire high-interest loans before they come due. The money can also be used to eliminate balances run up on a restaurant’s credit cards.

Restaurants and other businesses that qualified for an EIDL loan while the $500,000 cap was still in effect can re-apply for more funds.

EIDL loans usually carry lower interest rates than what a lending institution would charge someone off the street, and they tend to have a longer term, spreading the financial burden over a manageable timeframe.

“At a time when there is still an extreme need for small business restaurants to access working capital, these changes will improve the outlook for thousands of operators and will lift the economic outlook for communities small and large,” Sean Kennedy, EVP of public policy for the National Restaurant Association. “We worked with the SBA to improve the terms and use of these federal loans so they could be more impactful.”

Because small businesses’ need for additional capital is seen as acute, the SBA changed the rules in an extraordinary way. Instead of following the usual federal route of airing changes under consideration, collecting feedback on the proposed alterations for 60 days and then adjusting the regulations accordingly, the agency said the proposed rule changes would go into effect immediately.

“Given that this rule is issuing in August, new changes could not go into effect until November, leaving just a few weeks to implement the new program and take applications before funding expires” on Dec. 31, the SBA said in a notice published in the Federal Register.

The agency still intends to collect feedback from the public with an eye toward adjusting the changes, the alterations will take effect immediately and be fine-tuned if necessary and possible at a later date.

The EIDL program has been an option for restaurants and other small businesses since before the pandemic. Its intent is to provide low-interest loans to mom-and-pop enterprises that have been hurt by disasters in their markets.

At the start of the pandemic, Congress designated the pandemic as a covered disaster, greatly expanding the extent of restaurants that could apply.  Funding for the EIDL was increased in the two major pandemic relief bills pushed through Congress.

The SBA posted the changes in the Federal Register Wednesday with little fanfare. President Biden is expected to spotlight the alterations in a keynote speech on Thursday afternoon as one of the ways his administration is helping small businesses get through the pandemic.

The agency acknowledged that the rule adjustments would likely help some of the 177,000 restaurants that failed to land direct aid grants under the RRF program because it ran out of money in three weeks.