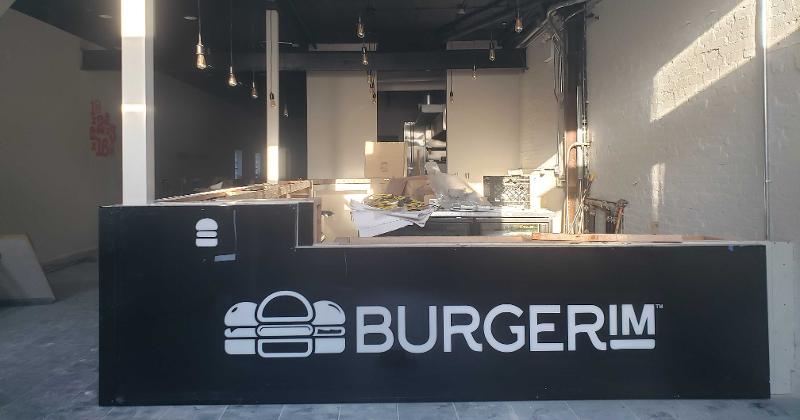 The letter from Feinstein, a California Democrat, was sent to Joseph Simons, chairman of the Federal Trade Commission (FTC), the federal regulatory body responsible for overseeing franchised businesses.

“Many of the locations that have opened are struggling, and all would face severe consequences if Burgerim files for bankruptcy,” Feinstein said in her letter, which was dated Monday. “In addition, a number of franchisees report that they were the victim of false or misleading sales tactics, including offers by Burgerim to refund franchise fees, on which Burgerim has failed to follow through.”

An FTC spokesman said the agency has received the letter but could not comment further.

The letter comes on the heels of a Restaurant Business investigation last month that found widespread problems at what just one year ago was considered one of the hottest restaurant chains in the country.

Burgerim sold as many as 1,200 licenses to people in more than 40 states, most of whom either couldn’t get a store open or lost money once they did. RB detailed numerous stories of franchisees who lost life savings, filed for bankruptcy protection and even lost their homes.

The letter comes amid considerable uncertainty regarding the company’s future and its current status, six weeks after Burgerim sent franchisees an email saying it was considering filing for bankruptcy protection and had hired an “insolvency counsel.”

The company backed off its bankruptcy comments last month. Michel Buchbut, who was named chief restructuring officer in the December letter, said he was now the company’s CEO and that Burgerim could avoid a filing.

Buchbut told a group of franchisees last week that the company was considering an Assignment for the Benefit of Creditors, or ABC, according to a transcript of the meeting. An ABC is a form of quick liquidation in which the proceeds are distributed to creditors.

Michael Berger, Burgerim’s bankruptcy attorney, said an ABC has not been filed. He referred all other questions to Buchbut, who did not respond to several requests for comment.

Burgerim has not been collecting royalties from franchisees, though Buchbut has been visiting or calling operators, sometimes threatening them with litigation, to get them to start making those payments, several sources told RB.

Buchbut previously said the company is being funded with his own investment and with funds from vendors such as Coca-Cola and US Foods.

Buchbut has been operating the company since its owner, Oren Loni, fled the U.S. in November. Loni drove many of the decisions behind the brand, even through several different CEOs, and was the one who repeatedly prevented efforts to collect royalties.

Burgerim shut down for weeks after his departure, even shutting off its email address shortly after the company sent that December letter. In so doing, the company also shut down the email accounts of more than 200 franchisees who had Burgerim email addresses. In the process, they lost communication with other franchisees, vendors and the company.

The result only left the brand in a deeper state of confusion, as operators, many of whom were on the verge of bankruptcy while hundreds of others couldn’t get stores open, relied on Facebook pages and WhatsApp groups to communicate with one another.

A small group of operators has since formed an independent association to operate as a single voice for franchisees.

There continue to be questions about the company and its authority to operate the brand.

Burgerim had stopped answering its phones and moved in early January from its office on Ventura Boulevard in Encino, Calif., to another Los Angeles suburb, Calabasas.

They left much behind, however. Photos of the old headquarters shared with RB show desks, filing cabinets, employee and franchisee files and in some cases old computers still at the old office.

A large pile of mail sits at the base of the front door, below a mail slot that someone attempted to cover up with a brown paper bag and masking tape, which hung to one side. The pile of mail included insurance and other bills, W-2 forms, trade magazines, junk mail and several envelopes that appear to be from law firms.

A half-dozen notices of deliveries from FedEx and the U.S. Postal Service are stuck to the front door outside, just below a sign with Burgerim’s new phone number.

Among the company’s creditors could be Jonathan Cheban, a social media influencer and Kim Kardashian friend who signed on to be the company’s spokesman in 2018 but has also gone unpaid in recent months, sources said. The New York Post said last month that Cheban’s lawyer fired off a letter cutting ties to the brand. His attorney has not responded to multiple requests for comment.

The uncertainty surrounding the brand has extended to the state of California, where the Department of Industrial Relations has eight open wage claims filed by former Burgerim employees. Questions about the state of the company have made that process unclear.

Burgerim’s problems have led to numerous questions about how franchises are regulated in the U.S. The federal government, through the U.S. Small Business Administration (SBA), backed more than 100 loans to Burgerim franchisees, even though the company had no company locations, opened its first U.S. location in 2016 and didn’t provide financial data on its unit economics.

U.S. Sen. Catherine Cortez Masto, D-Nev., has introduced a bill called the SBA Franchise Loan Transparency Act that would give franchisees receiving SBA loans access to more data on franchises’ revenues and store closures. Feinstein has signed on as a co-sponsor.