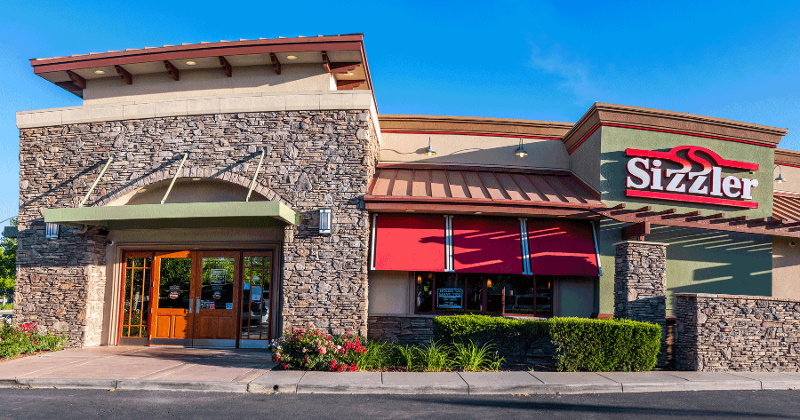 Sizzler USA filed for bankruptcy on Monday, arguing that the pandemic forced its hand, as it needs an infusion of cash and some renegotiated leases to survive.

But much like many industry bankruptcy filings this year, Sizzler’s story is a bit more complex than that. Filings and data from Restaurant Business sister company Technomic suggest that the chain had been in decline before it sought debt protection. The pandemic, it seemed, pushed the company over the edge.

Sizzler was founded in 1958, when it was known as “Del’s Sizzler Family Steak House.” The company grew rapidly in the 1980s and has occupied a unique space in popular culture, often as a send-up, as in the 1992 movie White Men Can’t Jump.

But the chain is also on its second go-round with bankruptcy. It first sought debt protection in 1996. The company’s U.S. management team, led by former CEO Kerry Kramp, bought out the domestic operations in 2011, splitting the chain from its international operations. Kramp left Sizzler last year, and the company never named a replacement.

Sizzler has been in a steady decline for years. U.S. unit count has declined by 19% over the past five years as of the end of 2019, according to Technomic, while system sales declined 12.5% over that same period. Its struggles are hardly unique: Competitors like Ponderosa and Luby’s have also struggled. Souplantation and Sweet Tomatoes, concepts also built on food bars, went out of business.

The company said it currently has 109 locations, all but 14 franchise operated. It appears 15 locations have closed since the end of 2019.

“Many of the company-owned restaurant locations were struggling pre-pandemic,” Company President Christopher Perkins said in a court filing. He blamed a lot of reasons for this, including higher labor costs and local taxes that made it difficult to maintain profitability.

The pandemic made things invariably worse because Sizzler isn’t exactly a takeout-friendly concept. Its centerpiece is its salad bar, where it gets 40% of its sales, Perkins said in the filing. Such self-service concepts have struggled during the pandemic.

Making things worse is that many of its locations are in California, where the pandemic shutdown has lasted longer and been stricter. The company has had to stop operating locations “at least twice.”

Perkins said Sizzler worked to adapt with takeout and outdoor dining, as well as delivery. But the chain’s menu “is neither targeted toward nor as adaptable to carryout and delivery,” Perkins said, and both company locations and franchisee units “have been struggling.”

Sizzler made “drastic cost-cutting measures,” but “these unprecedented times and resulting economic damage to the American restaurant and hospitality industry have not spared” Sizzler, Perkins wrote.

Sizzler has just more than $3 million in loans from various sources. Current shareholders include Perkins US Financial Services and the Collins Family trust.

Perkins, for his part, believes the company still has potential, assuming it can renegotiate leases, cut back on its debt and secure a capital infusion. Kevin Perkins, the company’s largest shareholder, is providing Sizzler with a $2 million loan to get it through the bankruptcy process. The company itself said it expects to emerge from the process within 120 days.

“The Sizzler brand and restaurant properties have value, but that value has been pressured significantly this year,” Christopher Perkins wrote. “I believe [Sizzler] can be reorganized fairly and promptly by rejecting certain non-essential leases and contracts, reducing and restructuring liabilities, and obtaining an infusion of new capital.”