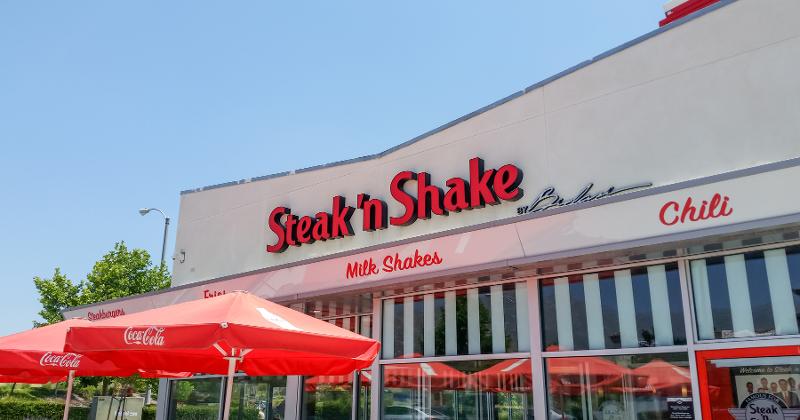 Steak ‘n Shake, the struggling burger chain, is reportedly working with financial advisors and is exploring either a restructuring or a bankruptcy filing following a dispute with its lenders over the sale of some of its closed locations.

The Wall Street Journal reported this week that the Indianapolis-based burger chain has hired FTI Consulting to advise on restructuring the company’s $153 million loan, which comes due in March. Steak ‘n Shake’s parent company, Biglari Holdings, said in November that it may not be able to refinance that loan in time and suggested the pandemic could limit financing options.

The report is only the latest indication that Steak ‘n Shake’s problems could force serious changes at the company.

Steak ‘n Shake has also been closing restaurants, either temporarily or permanently, for most of the past two years in a bid to stem mounting losses. The company’s revenues declined by $200 million in the first nine months of 2020, when the chain reported an operating loss of $12 million.

The chain has closed about 100 locations since the end of 2018. As of the end of the third quarter last year, the company operated 260 locations, though 37 were “temporarily” closed, while operating partners operated 69 locations and traditional franchisees 199.

The chain has been speculated as a potential candidate for bankruptcy dating to before the pandemic. Fitch Ratings back in March suggested Steak ‘n Shake could be at risk of bankruptcy. In April, both Moody’s Investors Service and S&P downgraded the company’s bond rating after the chain bought back some of its own debt at a discount, which the agencies viewed as a sign of distress.

The biggest problem has been same-store sales, which declined for four straight years going into 2020—when Steak ‘n Shake stopped providing quarterly comparable-store sales data. Between 2016 and 2019 same-store sales dropped a cumulative 13.6%. Operating earnings went from a $34.7 million surplus to an $18.6 million deficit during that period.

The March debt maturity has stood like a deadline for the company to fix its problems. The chain has been selling some locations to operating partners, who pay $10,000 for the right to run a store and share in the profits. But it has also announced a strategy to shift from a full-service model into a counter-service strategy. Steak ‘n Shake already calls itself a “fast-casual” restaurant in legal and other filings.

Legal filings reveal a fight between the company and the administrative agent on its debt over the proposed sale of real estate on 15 closed locations. Steak ‘n Shake had hoped to use proceeds from that sale to fund the conversions but the agent, Wilmington Trust, blocked the sale.

Steak ‘n Shake last year sued Wilmington Trust, arguing that the restaurant chain had the right to sell up to $50 million in assets. Steak ‘n Shake and the company came to an agreement last month on the sale issues, delaying a trial in the lawsuit. Steak ‘n Shake dropped the lawsuit last week.

Still, legal filings in that lawsuit paint a picture of the distress at the chain.

“The company fears—based on the input of its advisers—that it will be forced to imminently close a number of its restaurants, lay off many of its employees, and lose franchise partners who are depending on upgrades to the restaurants they operate” if it was unable to sell the properties, Steak ‘n Shake CFO Steven May said in a court filing.