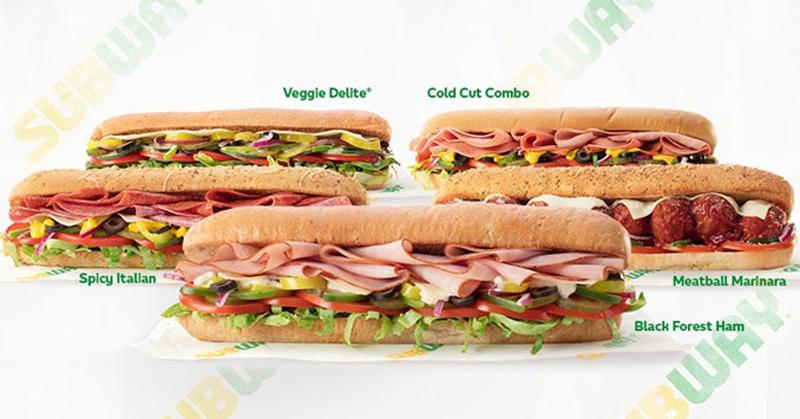 Subway is pulling back on its latest $5 Footlong promotion, making it digital-only this week after the deal didn’t generate the traffic the company hoped.

In a message to franchisees on Wednesday, obtained by Restaurant Business, Subway said that consumers were taking advantage of the “$5 Footlongs when you buy two” promotion, but “we have not seen enough incremental traffic to grow owner profits.”

The shift will take place on Thursday, just over two weeks after the promotion was introduced. Subway had planned to hold the promotion for the full summer.

“More than ever our guests are using the Subway app and online ordering to get their favorite Footlongs, and we want to meet them where they are online with a great value on fresh and quality food,” a Subway spokesperson said in a statement on Wednesday. “The excitement for the iconic $5 Footlong when you buy two offer has been positive and we are refocusing this limited-time offer on digital ordering to make this promotion even more convenient.”

Yet the shift has come amid intense opposition from the chain’s franchisees, many of whom opted out from the get-go amid profitability concerns. Some of the chain’s largest franchisees opted out of the promotion shortly after it started after seeing its early results, sources told Restaurant Business.

The Milford, Conn.-based sandwich giant and its development agents have been pushing hard to get operators on board with the offer in recent weeks, appearing in videos and sending messages suggesting that customers would react badly to franchisees that don’t participate.

Subway created the offer, hoping to generate traffic through the summer by bringing back a version of its $5 Footlong, which helped carry the giant through the recession while it vanquished competitors such as Quiznos.

It wasn’t enough. As Restaurant Business first reported, operators pushed back hard on the promotion and the North American Association of Subway Franchisees (NAASF), recommended franchisees not go along.

Operators say the promotion was too broad and was to last too long and argue that it would have drained profits at a time when many of them are struggling as it is. Weak sales and traffic in recent years has led to the closure of more than 3,000 Subway restaurants over the past three years.

A digital-only promotion is believed to be more palatable to operators because it’s focused on a subset of customers who have the app, rather than anyone who walks in the door. That would make the offer more limited, and digital customers tend to make larger orders anyway, which makes it more likely any offer with a pair of $5 Footlongs would be profitable.

Subway is still providing subsidies to franchisees who participate in the digital offer of the $5 Footlongs promotion, with $700 credits toward food in July and August to franchisees that “remain in good standing.”

UPDATE: This story has been updated to clarify how long the promotion has run.