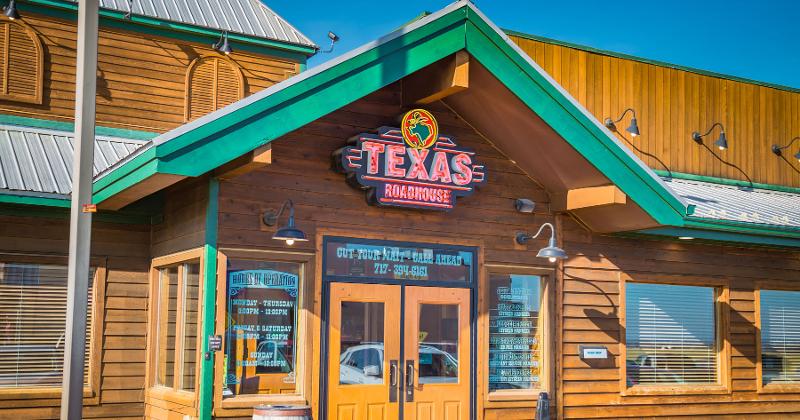 With units averaging more than $56,400 per week in to-go sales, Texas Roadhouse is once again generating more cash per restaurant than is needed to cover food, labor and other variable costs, executives told investors Monday.

The return to a positive per-unit cash flow comes as the chain is starting to reopen its dining rooms again, with 125 slated to resume table service this week. At the first two to seat customers again, both in Alaska, on-premise sales have been strong, with no significant cannibalization of takeout sales, said CFO Tonya Robinson. She projected that Roadhouses will turn profitable again on a per-unit basis when weekly sales hit $70,000.

Some stores are already generating weekly sales of $100,000, said CEO Kent Taylor, though he did not reveal how many.

Still, same-store sales for the week ended April 28 were down 45.3% after dropping to a low of 73% for the seven days ended March 24, when the COVID-19 crisis was in full force.

Robinson cautioned that the transition back to dine-in service is packed with uncertainties relating to costs, particularly labor. Servers in states with a tip credit were switched to a full minimum wage paid directly by the company, despite any gratuities that may be collected for running orders to patrons’ cars, as Roadhouse narrowed its operation to takeout. It was unclear if the company intends to resume taking a tip credit as dining rooms partially reopen, and how many employees could be affected.

She noted that Roadhouse spent an extra $10 million during the early days of the U.S. shutdown to help employees persevere through the crisis. In addition, Taylor donated $5 million of his own money to help the associates, known in Taylor-ese as Roadies.

At present, Robinson said, all but two Roadhouses are open for takeout. Unlike nearly all of its competitors, the chain has refused to add delivery service, and Taylor declared that the brand will remain a contrarian. Curbside delivery, added as a result of dining rooms being shut, has been a huge sales contributor that will certainly be retained as dining rooms reopen, Taylor stressed. But “we are not looking at this point to hand our food over to someone else through third-party delivery,” he said.

At the conclusion of Monday’s conference call with analysts, Taylor hinted that Roadhouse may try some alternative revenue generators in the coming week. But he did not divulge details.

With the continuing surge in to-go business, Roadhouse’s weekly cash burn rate has dropped from $7.5 million to $5 million, according to Robinson. The company had $200 million in cash on hand at the end of April, she added.