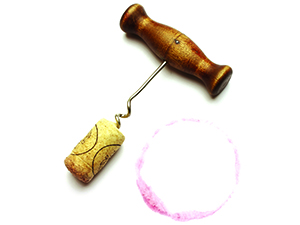 “We still had people who came to us because we were BYOB,” says Cure’s co-owner and wine buyer Hilary Severino. To avoid turning off those customers, they phased in the higher charge. “There was a period when we would charge the old corkage fee and say, ‘When you come back it will be $15,’” she says. They also put the word out via their social-media channels.

Corkage fees currently run the gamut across the country—with consumers paying from nothing at all to $150 at Thomas Keller’s flagships—and the laws are constantly changing. In Washington, D.C., last October, the Alcoholic Beverage Regulation Administration stopped regulating corkage fees, which previously were capped at $25. In the last three years, at least five cities and states—Maryland, Michigan, South Dakota, Virginia and Maui, Hawaii—lifted bans on BYOB and corkage fees. Still, a number of places set limits on corkage policies, and in New Jersey, unlicensed restaurants cannot charge the fees.

Consumers are paying attention to corkage fees, and often making dining decisions based on a restaurant’s BYOB stance. Severino noticed an uptick in customers bringing their own bottles after a newspaper article suggested that BYOB “may be the best value in town,” based on the markup on wine in restaurants. And a handful of websites, such as CorkageFeed and GoBYO, promote lists of no-corkage restaurants across the country.

Still, corkage fees won’t disappear anytime soon. “We have people come in with a magnum of [wine], because they don’t want to buy something more expensive. It’s a sales opportunity missed, and corkage is there to balance that,” Severino says, though corkage represents just 1 percent of sales at Cure.

Some restaurants have found ways to make the practice less burdensome—and even attractive—to diners. At Au Cheval and other Chicago concepts in Hogsalt restaurant group’s portfolio, guests are not charged a corkage fee if they share a glass with a person at the next table. Ruth’s Chris Steak House in Beverly Hills, Calif., waives its corkage on Wine Wednesdays. Heirloom Café in San Francisco charges a $25 corkage on wines of a 2003 vintage or younger; for older wines, the fee is $10.

At American-theme Charlie Palmer Steak in Washington, D.C., there’s never a corkage on American wines (up to two bottles); on Fridays, the fee is waived for all wine (six bottles max). “We definitely get more people on Fridays,” says Wine Director Nadine Brown. But she doesn’t worry about the dent that BYOB may put in wine sales, which can be 25 to 30 percent of overall sales at the steakhouse. “Sometimes its more of a service thing than about the sales,” she says. “I’ve seen positive comments that said we were gracious about how we treated [the guest] and their wine.”