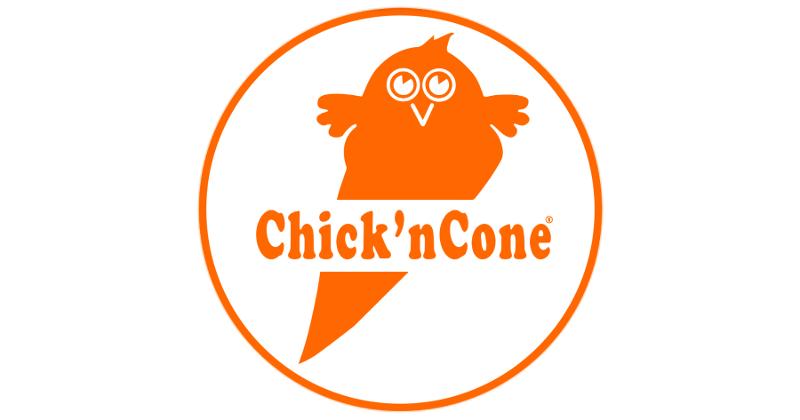 An emerging chain known for fried chicken served in ice cream cones is selling nonfungible tokens for $14,500 a pop to help it open more restaurants.

No, that’s not an industry Mad Lib. It’s the business plan for 24-unit Chick’nCone. The fast casual is hoping to sell hundreds of NFTs by offering people the chance to make money by owning one.

It’s yet another example of how restaurants are wading into the world of NFTs, or one-of-a-kind digital images that can be bought and sold online. But most of the experiments so far have been focused on customer engagement rather than actually generating revenue.

That might seem like a lot to pay for what amounts to a simple, black-and-white image of the word “Chick’nCoin.” But the coins could net a big payout for owners willing to take a risk.

Here’s how that would work. Each of the 933 coins represents a particular region in the U.S. If a person buys a coin, and Chick’nCone later sells or opens a restaurant in the region, that person gets $22,500—or half of the restaurant’s $45,000 franchise fee.

They’re also entitled to 2% of the restaurant’s sales for six years. And if they get a region that already has Chick’nCone restaurants, they can start collecting their cut right away.

The coins are doled out randomly, and there’s a chance Chick’nCone will never sell or open a restaurant in the region covered by a coin. In that case, Chick’nCone gets $14,500, and you don’t get anything. (Not even a waffle cone filled with chicken.)

On the other hand, “If we sell one in your region, then you’ve almost doubled your money,” said Chick’nCone co-founder and CEO Jonathan Alamanzar.

Buyers can also re-sell their NFT on the secondary market, though Chick'nCone gets 10% of the sale.

Founded in 2014, the Florida-based chain currently has 24 restaurants in 12 states, with another 58 under development. It expects to have a total of 50 open by the end of 2022. And it sees the NFT revenue as a smart way to fuel its growth.

“What we’re trying to do is raise capital, basically,” Alamanzar said. “That’s the whole goal behind this: raising capital without giving away equity in the company.

“If we sell 300 of them, it’s gonna accelerate our growth tremendously.”

Alamanzar has been interested in NFTs and cryptocurrency for a while. He was among the first people to buy collectible NBA highlights known as Top Shots. As he watched their value skyrocket over time, he began to think about how NFTs could be applied to the restaurant business, but in a way “that’s actually valuable instead of it being like, ‘Own this NFT and get 10% off of a chicken sandwich,’” he said.

That’s how he came up with the idea for Chick’nCoin, which could help the chain grow without making it beholden to traditional investors or banks.

“I want to do everything we can to get us as far as we can before we take institutional capital, and maybe never have to,” he said.

He does expect buyers to be investor types rather than people involved in NFTs and crypto. An initial launch of 10 Chick’nCoins sold out within a week, and all 10 buyers had little to no experience in NFTs.

“They just saw it as a good deal,” Alamanzar said.

An added benefit of selling the coins is that it would create hundreds of Chick’nCone superfans who will help promote the chain, not only because they might like the food, but because it could make them money.

When it came to setting a price for the coins, the process was fairly unscientific.

“$14,500 feels like an amount that people would be OK spending,” Alamanzar said.

As for the $22,500 payout, he wanted coinholders to be able to get a good return while also leaving the company with enough money to actually open the restaurant it sold.

There are some costs associated with selling the coins. Chick’nCone has to spend money to create the NFTs through a process called minting, as well as generate what are known as smart contracts for each. If it doesn’t sell any coins, it could be in the hole.

But the bigger risk, Alamanzar said, is that Chick’nCoin could hurt the company’s short-term valuation because it will be essentially giving away revenue to coinholders.

On the other hand, it will help the chain grow faster, ultimately giving it a higher valuation long-term.

“If I were planning on selling next week, then yes, I would be super worried that I was gonna be losing money doing this,” Alamanzar said.