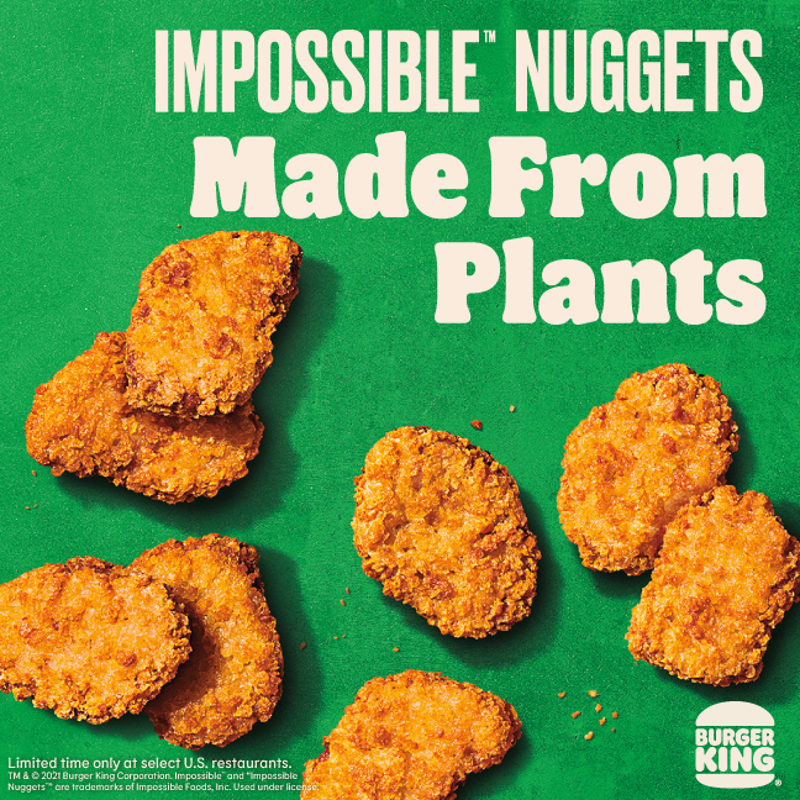 The plant-based nuggets, produced by Impossible Foods, are being tested in Des Moines, Boston and Miami markets. They’re available in an eight-piece order with a choice of dipping sauces.

Monday also marks the debut of Ghost Pepper Chicken Nuggets, rolling out nationwide for a limited time. BK’s version is made with breaded white meat chicken spiced up with fiery ghost peppers. 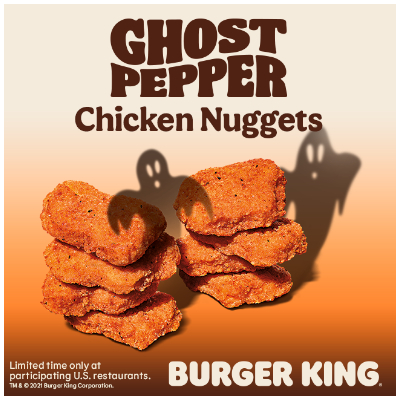 BK’s Royal Perks loyalty members will have exclusive access to try the spicier nuggets this week before the nationwide launch.

In 2019, Burger King became the first fast food brand to menu Impossible’s plant-based burger, served in the chain’s Impossible Whopper. “So, it’s only fitting we’re the first global QSR to test the Impossible Nuggets,” Ellie Doty, CMO for Burger King North America, said in a statement. “We’re excited to hear what our guests in the test markets think of this latest innovation.”

BK has been a leader in introducing QSR customers to plant-based meat. After the success of the Impossible Whopper, the chain launched the Impossible Croissan’wich last June. The breakfast sandwich is composed of a croissant, eggs, cheese and Impossible Sausage.

Last year, Jose Cil, CEO of Burger King parent RBI, told Restaurant Business, “we’re confident that plant-based food represents a new platform for the brand and one that we can build into new occasions, dayparts, products and proteins.”