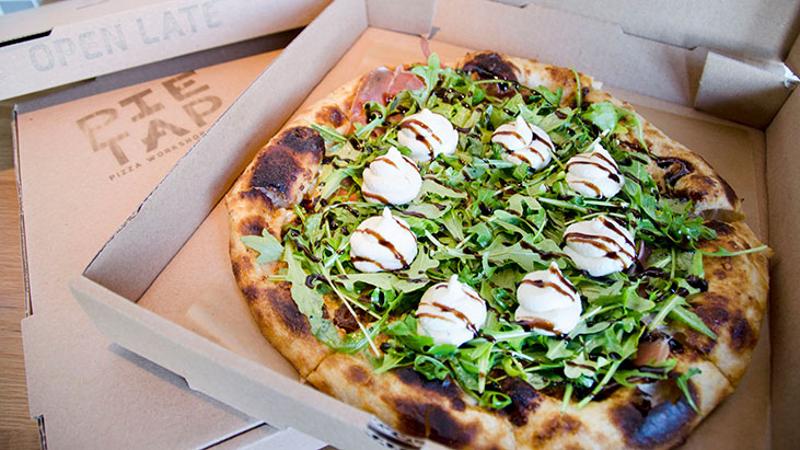 The majority of Pie Tap Pizza Workshop’s customers come to its two full-service Dallas locations to sit down for a meal—but that’s changing. “Right now, delivery accounts for 5% to 10% of business, and takeaway, 15% to 20%,” says founder Rich Hicks. To get out ahead of off-premise growth as Pie Tap’s plans for expansion get rolling, Hicks’ priority was to develop a pizza crust that would retain its crispness in transit. He hired a chef to create the dough, which he tweaked over six months “before we even served the first pizza,” says Hicks. Packaging was also a big consideration; Hicks went through a few types before sourcing a box with side vents, so the pizza didn’t steam but stayed hot. “Our pizzas retain their crispness for 45 minutes,” he says, easing some of the concerns operators have with the speed of some third-party delivery services (six of which Hicks works with).

Compared to the speedy build-your-own concepts, Pie Tap uses a lower oven temperature and bakes its crust two to three times longer. In that time, the crust bakes on the oven floor to enhance and prolong crispness during transport. To keep the texture, though, Hicks had to think beyond the dough. While customization is a selling point in fast-casual pizza, piling on toppings can make the crust soggy, says Hicks. “We don’t want to play in the loaded-pizza category,” he says. “Only one pizza has more than four toppings.”