If you ask a kid, a restaurant’s biggest competition today is not the QSR down the street offering a better toy or the casual place pouring free soft drinks. Many children simply would rather eat at home. In a 2014 survey conducted by Y-Pulse, a youth market research organization, 58 percent of 8- to 13-year-olds said “they love eating at home,” second to eating in fast-food restaurants by just five percentage points. Restaurant chains with waiter service got a 56 percent “love it” rating from the 500 kids surveyed, while neighborhood restaurants with waiters received an unimpressive 40 percent. 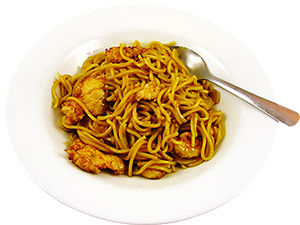 How can operators get more families in the door? Further survey questions revealed that kids like healthy and customizable menu items. Parents do too. And operators are listening, creating kids’ menus that offer more variety, healthier options and a bit of flavor adventure.

Chef-driven, kid-approved
Young guests at PassionFish in Reston, Va., are not an afterthought, says Chef-owner Jeff Tunks. “We’re in a very family-centric suburb, and I give the children’s menu the same attention as the adult menu,” he says.

Tunks admits that his clientele is more adventurous, a point proven by one of the top sellers on the PassionFish kids’ menu: Beginner’s Sushi Roll. It’s made with cooked crab meat or vegetables and accompanied with pickled ginger and soy sauce. Tunks calls it “gateway sushi” and the idea is to ease kids into a new cuisine. All the kids’ items are priced at $6, with sides and desserts going for $3 each.

“I have to stay competitive with all the chains that are in the same shopping center,” says Tunks. “But parents in this affluent suburb enjoy a chef-driven restaurant with a children’s menu that focuses on quality ingredients and unique presentations.” PassionFish’s housemade chicken fingers and fried shrimp, for example, are served in a beach bucket. Tunks has also invested in an arts and craft product that’s several notches above crayons and paper. “It’s a loss leader for us but worth it, as it attracts families to the restaurant,” he says.

Healthy eating, Asian-style
The public has been pushing for healthier kids’ menus, and restaurants are getting the message. Austin, Texas-based Mama Fu’s Asian House revamped its menu in 2012, adding several new items at all 18 locations.

“Asian cuisine has a healthy halo, so it wasn’t a stretch to create healthier kids’ dishes,” says James Clark, Mama Fu’s corporate chef. Many parents were ordering smaller lunch portions for their children’s dinners and adding kid-friendly vegetables, so Clark started from there, creating “entry-level” Asian dishes. For the Kids Sweet-n-Sour and the Kids Teriyaki, both featuring chicken, he took the lunch portion and swapped out onions, cabbage and spinach for broccoli and carrots. “We also made the decision to steam the proteins and vegetables instead of stir-frying in oil,” he adds.

In step with the National Restaurant Association’s Kids LiveWell program, Mama Fu’s has focused on increasing consumption of fruit and vegetables, lean proteins and whole grains. Of the six kids’ menu items (all $4.69), Ninja Noodles are the top seller. The dish features steamed teriyaki chicken over egg noodles with a side of steamed edamame. Young guests can also customize any of the kids’ items. In addition, dishes can be prepared gluten-free with wheat-free tamari sauce instead of soy by request. In 2013, the new kids’ meals accounted for 10 percent of all menu items sold, up from 8 percent in 2012.

The menu allows kids to custom- build meals, mixing and matching fruits, grains, vegetables, proteins, dairy products and nuts for a flat price of $3.99. Choices include baby spinach, berries, chicken, whole-wheat tortillas and almonds, each accompanied by their calorie count. Since OPH is a big breakfast destination, items such as silver dollar pancakes, turkey sausage and oranges are options, too. The interactive, gamelike menu is geared to teach younger children the ease of healthy eating.

For kids who can’t decide, also listed are healthy meal combos, priced at $4.29. Dietitians calculated macronutrients to make sure the items meet Kids LiveWell guidelines. “I was real skeptical at first that families want to eat healthier when they go out,” says Bailey. “But orders have reached the tens of thousands since last August.”

How to woo families

The check goes up 111 percent when parents dine out with children under 12, according to C3, a family and kids marketing agency in Overland Park, Kan. Here’s how to get a piece of the action.