Healthy beverages and delectable drinks may seem to be at opposite ends of the spectrum, but they’re moving closer all the time. 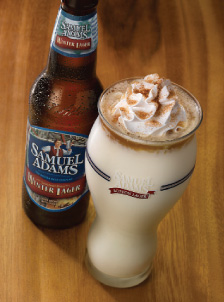 Take skinny cocktails. Weighing in at about 100 calories, these lighter drinks fall under the “better-for-you drink options.” Mintel reports in its “On-premise Alcohol Consumption Trends” that skinny cocktails have been appearing on many more menus lately, with a particular appeal to women.

How about soft drinks? Now Pepsi-Cola’s partner in Japan has come up with a “healthy” fat-fighting soda. Pepsi Special contains dextrin fiber which blocks fat absorption, claims the company. The product isn’t marketed yet in the U.S., where it would have to pass FDA scrutiny.

In the meantime, one of Smoothie King’s Lean1 items may be an option. Billed as a healthy snack under 300 calories, the Lean1 smoothies are lactose-free, contain Omega-3 fatty acids, 17 fruits and vegetables, 3 grams of fiber and boast herbal extracts that suppress appetite and help burn body fat, claims the New Orleans-based juice-bar chain. Recently a new flavor was introduced—Lean1 Chai, spiced with cinnamon and cloves.

On the flip side, Odell Brewing Company’s new Lugene Chocolate Milk Stout, brewed with milk chocolate, may sound totally indulgent. However milk stouts, fortified with lactose, were once doctor-recommended as a fortifying beverage for small children and nursing mothers. MDs have changed their minds about that, but milk stouts are still rich and tasty ales.

“We see drinkable desserts being a big trend,” predicts Anna MacDonald, Diageo director of marketing for Liqueurs, North America, “and we are working with some on-premise partners right now on that.” The company’s Baileys Irish Cream brand recently debuted another flavor, Hazelnut Baileys. “We believe there is an opportunity for drinkable desserts to round off a meal experience,” she adds.

Another round of beer milkshakes

“Nothing goes better with a burger than a beer—or a milkshake. So we decided to combine both in one cocktail,” says Donna Ruch, master mixologist for Red Robin Gourmet Burgers, talking about the genesis for its Samuel Adams Octoberfest Milkshake. “The adult shake was a great fit for our brand.” The Greenwood Village, Colorado-based casual-dining chain got such positive response online and in-house that Ruch has developed more LTO shakes incorporating Samuel Adams seasonal beers during 2013.

“I’ve been seeing drinkable desserts as a trend on menus,” notes Ruch. “In the ’80s, sweet and creamy cocktails like piña coladas, grasshoppers and brandy alexanders were very popular, and I think they are coming back,” she adds. “People like indulgent drinks, and who doesn’t love ice cream?” Using ingredients like craft beer gives those cocktails a modern twist, plus it blends up creamy and smooth.

There actually isn’t a lot of alcohol in Red Robin’s adult shakes. The recipe calls for 10 ounces of ice cream, plus syrups and other flavorings, blended with three ounces of beer. A half-ounce float of beer on top provides an initial hint of hops.

Red Robin guests hankering for something stronger can add an optional shot of Jim Beam Bourbon to their Gingerbread Shake, another seasonal adult shake, which incorporates graham crackers and is topped with a gingersnap cookie.