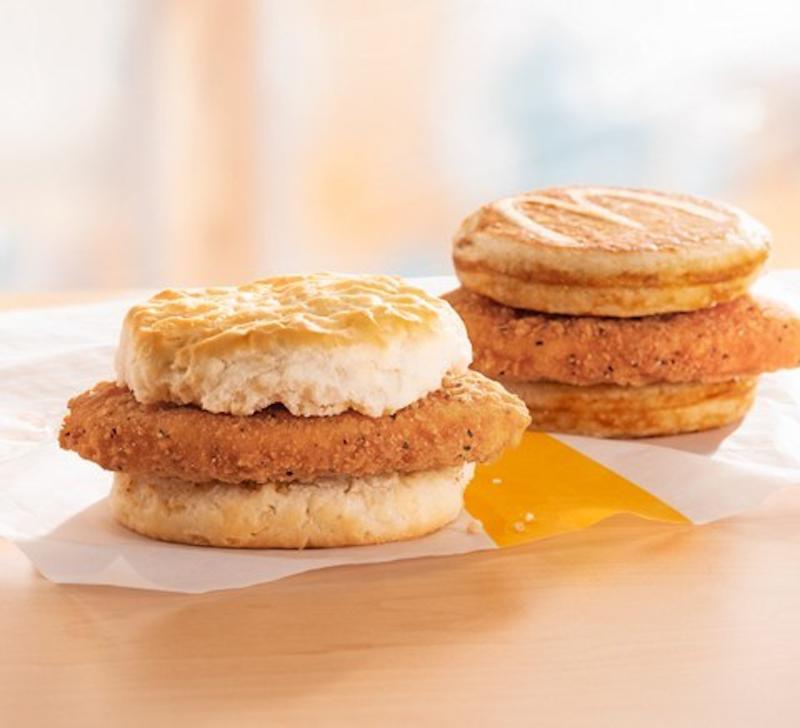 Facing more competitive threats to its breakfast standing, McDonald’s on Tuesday took a step to protect its morning market share in the form of two new chicken-centric sandwiches.

The Chicago-based burger giant introduced the McChicken Biscuit and the Chicken McGriddle nationwide for a limited time.

The sandwiches are hardly a surprise—McDonald’s has been all but broadcasting this step for some time, and both sandwiches have been available in various markets already, such as Los Angeles.

Customers at the chain’s Southern restaurants have long had these options available in the morning.

The McChicken Biscuit and the Chicken McGriddle are available only in the morning, making them the latest effort by McDonald’s to boost its business before 10:30 a.m.

McDonald’s has faced intensifying competition in the morning daypart from the likes of Burger King, Dunkin’, Taco Bell and others, and also faces the addition of Wendy’s breakfast later this year.

As such, McDonald’s has been more likely of late to innovate on morning products without making them available on its All Day Breakfast menu, such as Donut Sticks.

“McDonald’s is committed to remaining a leader in the quick-service breakfast category through our delicious offerings, consistent menu innovation and a faster drive-thru experience,” Linda VanGosen, vice president of menu innovation for McDonald’s, said in a statement.

The McChicken Biscuit and the Chicken McGriddle are considered relatively simple innovations for the chain’s 14,000 U.S. locations: The ingredients in the sandwiches are already on hand.

That can help with operations at a time when McDonald’s is focused on speed, particularly in the mornings.