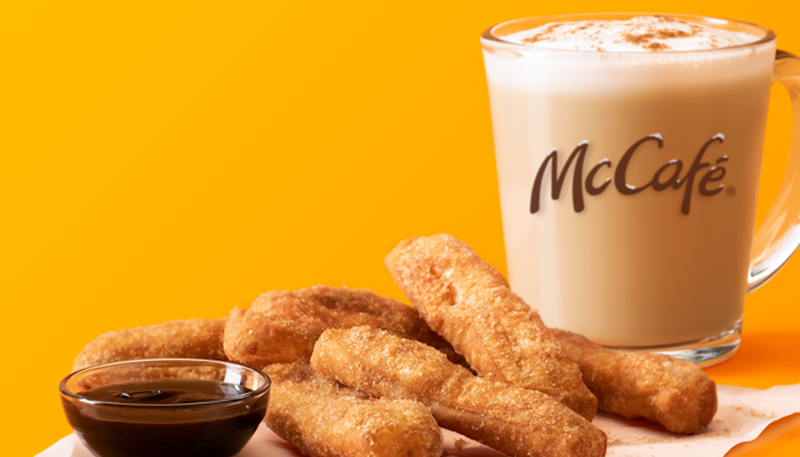 McDonald’s on Thursday said it plans to introduce its first new seasonal drink in five years with the upcoming addition of the Cinnamon Cookie Latte.

The company also plans to bring back its popular Donut Sticks, and this time is serving them with a chocolate sauce, in response to consumer demand. Both menu items will be available for a limited time beginning Nov. 6.

The Cinnamon Cookie Latte will cost $2 for a small and be available on McDonald’s $1 $2 $3 Dollar Menu. The espresso drink is made with cinnamon and stirred with milk and topped with a sprinkle of cinnamon. It will be available all day.

The new products come as McDonald’s works to bolster its coffee-centric McCafe brand. The company recently refreshed the brand with a new logo and cup design.

McDonald’s is intent on rebuilding a breakfast business that has lost some steam in the past two years amid intense competition.

The Donut Sticks, which first appeared on the chain’s menu earlier this year, were part of that strategy, as the company hopes new and innovative products drive customers back to the chain during the morning daypart.

McDonald’s same-store sales have outdistanced its primary competitors this year, including a 5.7% increase in the second quarter. But transaction count remains down despite that growth, and company executives have acknowledged that the morning daypart is its weakest.

The competition for that business is only expected to get more intense in the near future: Rival Wendy’s is planning a big nationwide breakfast introduction next year.