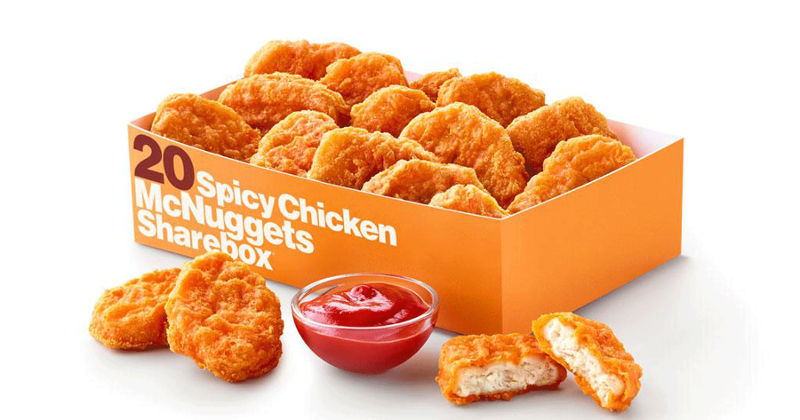 Spicy Chicken McNuggets, which helped kick off a strong end to 2020 for McDonald’s by selling out in a matter of weeks, are making a comeback.

The nuggets will make their return to the chain’s menus starting on Monday, for a limited time. The Chicago-based burger giant cited numerous requests from customers for their return in bringing the item back.

The nuggets, which landed on menus last September, represented the first major extension of the popular product since McNuggets were introduced in 1983, though the company has made numerous quality improvements in the years since.

Spicy Chicken McNuggets are breaded with a tempura coating made with cayenne and chili peppers and feature Mighty Hot Sauce, made with a blend of crushed red pepper and cayenne, and balanced with garlic and “a hint of sweetness.” It’s the hottest dipping sauce available and the chain’s first new sauce since 2017.

To promote the return of Spicy Chicken McNuggets, McDonald’s is offering customers a free six-piece on DoorDash orders of $20 or more with the code word “spicy.”

The return of Spicy Chicken McNuggets comes as the chain is preparing a major poultry push this year—including a planned introduction of the chain’s new Crispy Chicken Sandwich late next month. The company is pushing chicken amid intense competition for such products—including spicy versions, which have taken prominent positions on chicken-oriented menus.