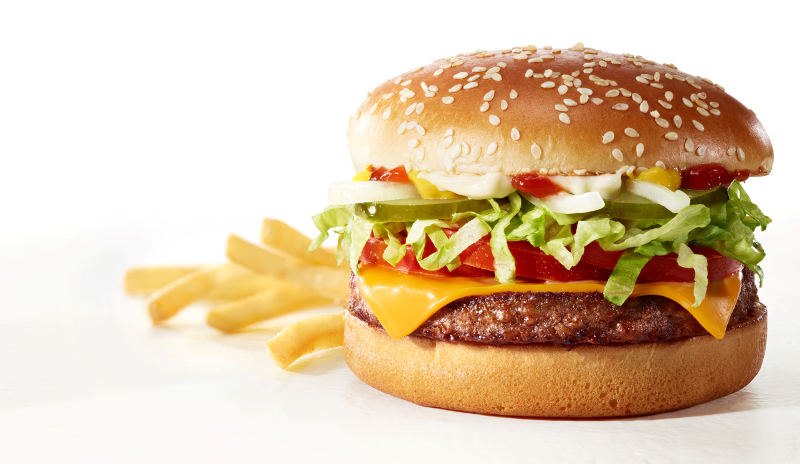 McDonald's has ended its test of the McPlant burger in the U.S./Photo courtesy of McDonald's.

McDonald’s has ended its expanded test of its meatless McPlant burger in the U.S., the company confirmed on Thursday, without a clear indication of whether the plant-based product will make a national debut.

The company’s confirmation followed continued speculation from Wall Street analysts indicating that the product underperformed those tests. An analyst with J.P. Morgan this week said that the product was pulled in many stores and low sales were cited as the primary reason.

Yet McDonald’s indicated that it ended the test “as planned,” though the company did not respond when asked whether the product would make a wider debut.

The decision to pull the product adds to the mixed messages from the fast-food business regarding its interest in plant-based menu items.

For some time, quick-service restaurant chains had fallen in love with the prospect of plant-based representations of burgers and chicken. Burger King in 2019 generated strong sales that summer with its Impossible Whopper introduction and more recently doubled down on its plant-based commitment with new versions of the product.

KFC introduced its plant-based Beyond Fried Chicken earlier this year and the product generated more media impressions than any product launch in company history, executives with parent company Yum Brands said in the spring. Same-store sales, however, slowed slightly on a three-year “stacked” basis in the period compared with the fourth quarter, based on a Restaurant Business analysis.

Numerous other chains have jumped on the bandwagon in some form or another. Several of them have since pulled their various products, including the coffee chain Dunkin’. According to Bloomberg, Beyond Meat has been unable to find the right recipe for pepperoni for Pizza Hut.

Advocates for more plant-based options at restaurants and grocers have paid close attention to the McDonald’s test—as have investors in Beyond Meat—given the chain’s size and its influence. McDonald’s introduced its McPlant format in 2020 and gave international markets the option to add it to their menus when there was demand.

It has found a place on the menus in a number of international markets, like the U.K. And then the company began a small test of the product in eight restaurants last year, with enough success that it was expanded to 600 locations in Dallas and San Francisco earlier this year.

Analysts, however, have soured on the prospect of that product and have been speculating that its national introduction may not be a slam dunk. BTIG Analyst Peter Saleh wrote in March that sales of the product were disappointing. He reiterated that belief again in June.

In general, plant-based burgers have performed well in more urban markets and other areas populated by younger people interested in either eating food they consider to be healthier or better for the environment. Yet McDonald’s operates 13,400 U.S. restaurants, many of which are in smaller towns where such products aren’t in as much demand.