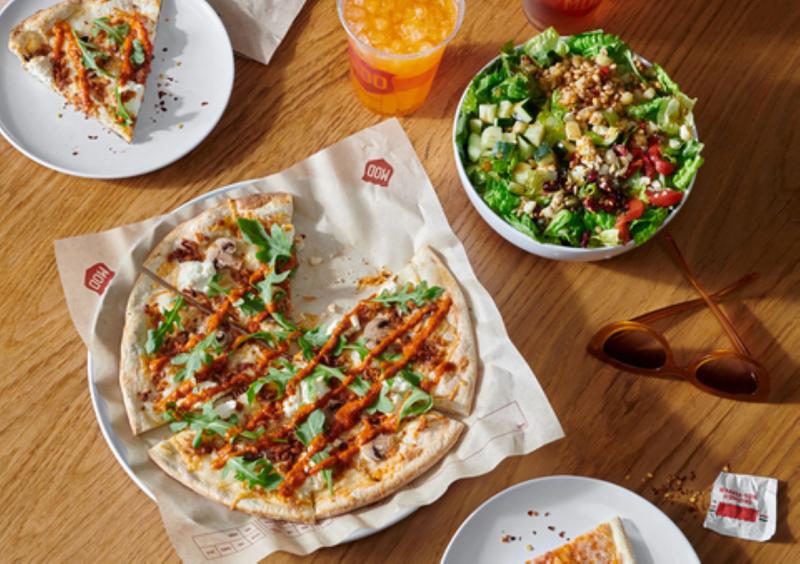 The vegan crumble topping is made from non-GMO pea protein, developed through a two-year effort with plant-based foods brand Plantly.

The new protein, a permanent menu item, can be added to any pizza or salad, MOD said in a press release. It has 12 grams of protein per serving and is seasoned with oregano, fennel and thyme.

The new plant-based sausage is being featured on a limited-time, seasonal pizza called Flash MOD. It features the vegan sausage on a base of creamy garlic parmesan sauce, topped with shredded asiago, ricotta and mushrooms. After baking, it’s finished with arugula and a drizzle of Romesco sauce.

“We’ve spent the past two years methodically testing plant-based proteins and simply put, we found Plantly’s Italian plant-based sausage to be completely craveable and far superior in both taste and quality--and were immediately drawn to the real ingredient list,” Mark Shambura, MOD’s chief marketing officer, said in a statement. “We’re excited to bring our customers a product that is not only delicious but an easy swap or add if they want to go meatless or simply have more flexible choices.”

On Tuesday, everyone who orders a pizza with the plant-based topping inside a MOD restaurant will receive a second pizza for free.

Seattle-based MOD has about 500 locations.

Pizza chains are the latest to jump on the meat-analogue bandwagon that has swept the restaurant industry in recent years. Early this year, Pizza Hut parent Yum Brands signed a deal with Beyond Meat to create plant-based proteins following the introduction of its Beyond Italian Sausage pizza.

Last month, Little Caesars teamed up with vegan brand Field Roast to develop a plant-based pepperoni that it dubbed Planteroni.