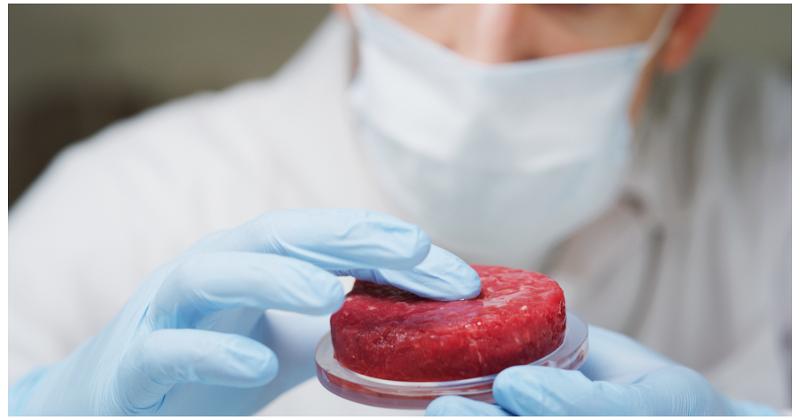 The U.S. Department of Agriculture (USDA) is soliciting input from the public on how to flag so-called lab-grown meat and poultry.

The department’s Food Safety and Inspection Service (FSIS) said the comments will color the recommendations it drafts for labeling the cultured proteins.

It remains to be seen if those alerts will be required on restaurant menus. Traditionally, menu labeling regulations have been set and enforced by the Food and Drug Administration, while the USDA has overseen food safety and disclosure requirements further up the supply chain.

But for cultured meats, the two watchdogs of the nation’s food supply have agreed to share oversight responsibilities. Under a 2019 pact, the FDA agreed to regulate conditions at the production stage, and the USDA’s FSIS took on responsibility for monitoring the harvesting, packaging and labeling.

The deal also called for the agencies to align labeling policies under their respective jurisdictions, indicating the FDA would likely enforce the labeling standards set by the USDA.

Cultured meats are cultivated in a controlled environment from cells taken from cattle, chickens, turkeys and pigs. Although that method of producing proteins was pioneered in 2013, it remains a novelty in the U.S.

The well-known chef Dominique Crenn drew headlines last month with her decision to offer cultured meats at her celebrated Atelier Crenn in San Francisco once she gets clearance from the USDA and the FDA. The Michelin-starred operation dropped all meats in 2019 because of the environmental impact of traditional animal husbandry. Established ranching and farming methods have been found to be a key contributor to global warming.

A few restaurants elsewhere in the world already offer cultured meats, but they number in the single digits.

The USDA’s Sept. 2 advanced notice of rulemaking (ANRM) indicates the federal government intends to have disclosure requirements set before cultured meats should catch on.

“This ANPR is an important step forward in ensuring the appropriate labeling of meat and poultry products made using animal cell culture technology,” Sandra Eskin, the USDA’s deputy undersecretary for food safety, said in a statement. “We want to hear from stakeholders and will consider their comments as we work on a proposed regulation for labeling these products.”

The agency said that FSIS has already collected thousands of comments, the input aired during its public meeting between the USDA and the FDA back in 2019. For the next 60 days, it is seeking comment on particular matters related to labeling, such as what information consumers would like to be provided.