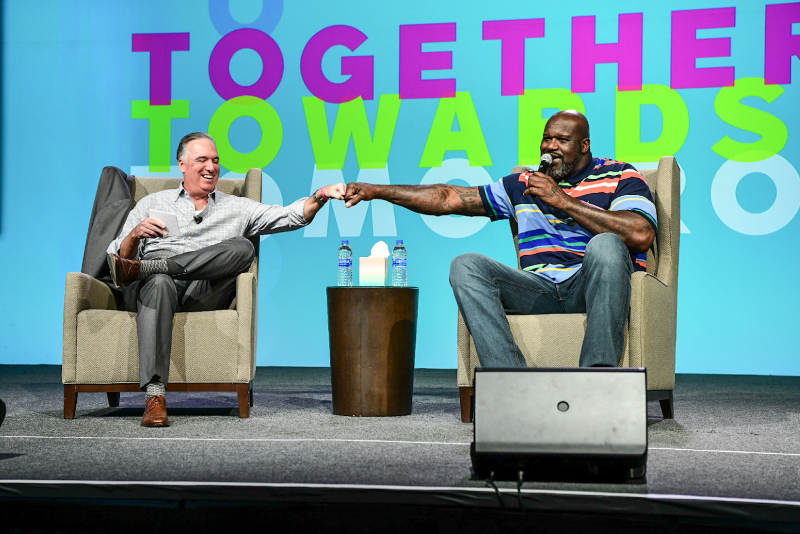 Basketball Hall of Famer Shaquille O’Neal, who played on four NBA championship teams, may be best known for his dominance (and backboard breaking) on the court. But he has had a thriving business career outside of basketball, much of it connected to the restaurant industry.

In 2019, controversy-plagued Papa John’s signed Shaq to an $8 million marketing deal that also included the NBA great investing in nine of the chain’s units in Atlanta. He’s also a franchisee of Auntie Anne’s Pretzels, Krispy Kreme and Five Guys.

Most recently, though, Shaq has been busy launching Big Chicken, a fast-casual fried chicken concept that has two brick-and-mortar units along with a couple of stadiums and cruise ship outposts. The brand recently started franchising and has an extensive pipeline of new stores in the works.

“We’re focused on growing the brand through great franchise partners and unique non-traditional locations like our cruise ship and arena stores,” Shaq said via email. “The focus will always be on the food and environment that we have created, and we’ll make sure all of our franchisees are set up for success in continuing that.”

Shaq shared some of his business (and life) wisdom with a packed house at the Restaurant Leadership Conference in Phoenix Wednesday. RLC is presented by Winsight, the parent company of Restaurant Business. Here are some of his notable bits of advice: