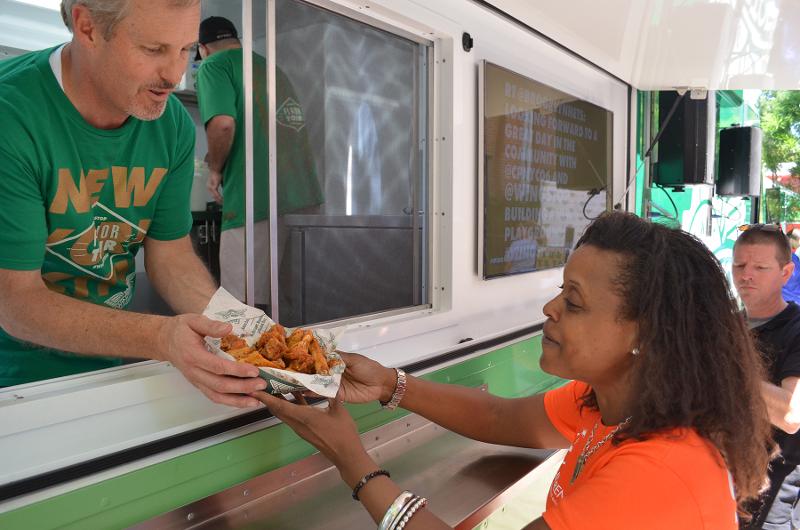 The concept is still laser-focused on wings and fries, and to-go orders haven’t dipped below 75% of unit sales, even with the addition of seats somewhere along the way and the more recent entry into delivery.

Comparable sales have risen for 15 straight years, but restaurants still measure just 1,100 square feet, or not much more than the playground areas of some quick-service competitors. There’s not, nor ever has been, a paleo menu, gluten-free section or choice of plant-forward meat alternatives. Loyal customers know better than to ask if anything’s made with glitter, a unicorn theme or other concessions to Instagramming.

“We are not a flavor-of-the-month brand by any stretch,” says Charlie Morrison, CEO of the Wingstop quick-service chain for the past seven of its 25 years.

Yet Morrison recently alerted investors—presumably a delighted bunch, given Wingstop’s streak of comps in the high single digits—that the brand is at “an inflection point.” As he explained, momentum has carried the brand to a juncture where it can and should invest significantly to stoke sales and supercharge franchisees’ desire to open stores.

President Kennedy tried to energize the nation by pledging to put a man on the moon.  CEO Morrison’s rallying vow is to make Wingstop one of the world’s top 10 restaurant brands, a quest that’ll mean growing sixfold. It’s currently No. 45 on Technomic’s Top 500 ranking, with systemwide domestic sales of $1.3 billion for 2018. 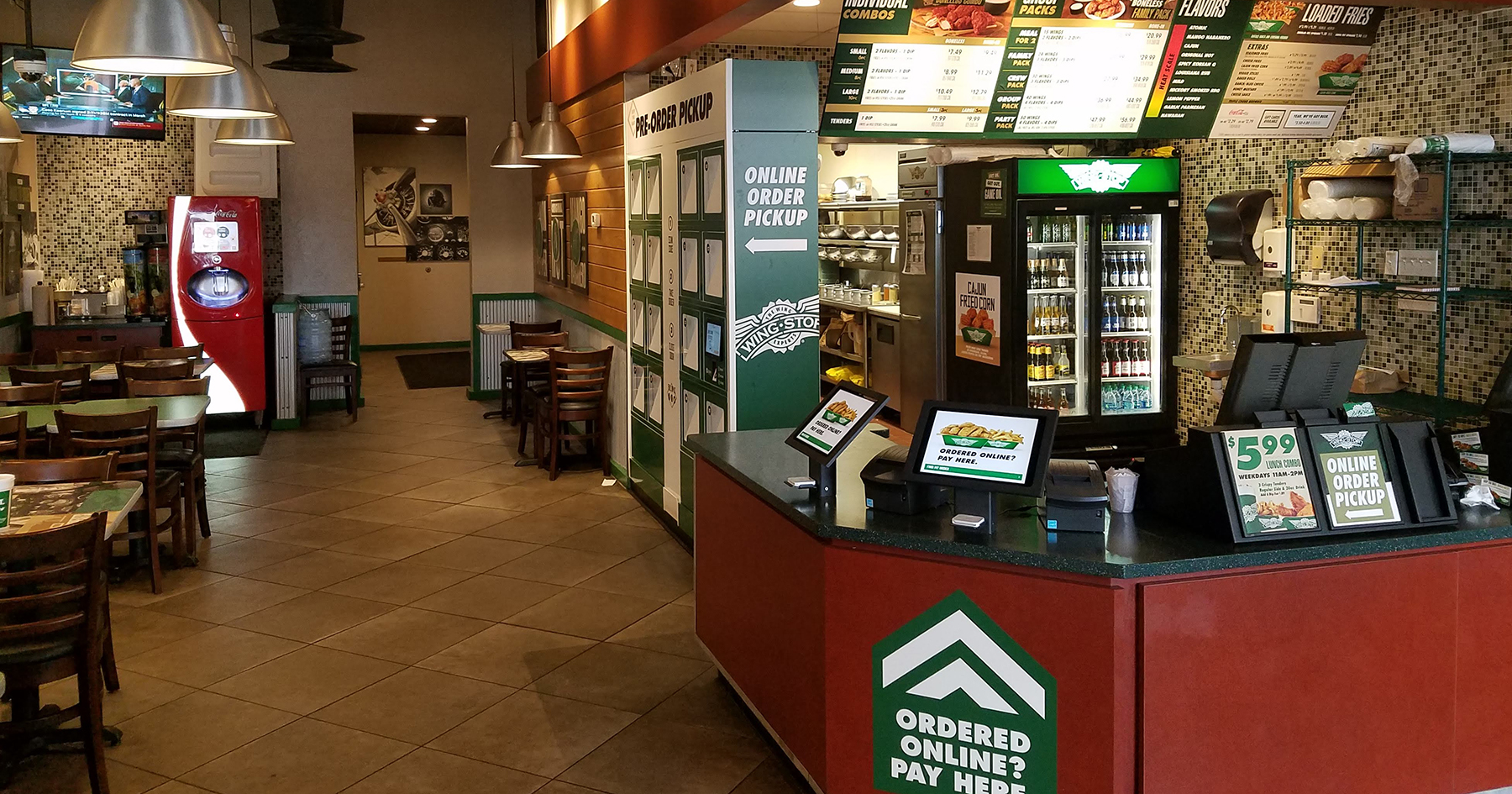 The changes planned by Morrison require an investment in enough technology to handle every order through a digital channel. Currently, he says, about 30% of transactions come via the web or an app.

Wingstop intends to grow that percentage with self-order kiosks that are currently in test. Patrons are already placing 3% more orders themselves via Wingstop’s website and app, which were both updated in the first quarter. And in a nod to the brand’s reliance on takeout, the chain is also planning to install cubby-type holding stations where patrons can use their smartphones to retrieve waiting to-go orders.

Wingstop is also experimenting with kitchen devices aimed at cutting service times and boosting throughput, but has not revealed the details.

Nor has it divulged how the investments might affect unit economics, a bragging point for Wingstop and Morrison. As he readily points out, units currently average $1.1 million a year in sales—on an investment of roughly $370,000.

“As we look to these new investments, we will pay close attention to the economics,” Morrison tells Restaurant Business.

He notes that the chain is still studying the impact of delivery, which is currently available in about 30% of Wingstop’s 1,141 U.S. stores. Headquarters intends to raise the tally to 80% by year’s end, though Morrison describes the initiative as an ongoing test. That test began some 18 months ago, he acknowledges. “In our tests of delivery, we’re looking not only at establishing our playbook, but in developing our business model,” Morrison says.

But the experience has convinced him that 80% of delivery orders are sales Wingstop wouldn’t have landed otherwise. It’s “highly incremental,” he says, adding that the transactions tend to be $5 higher than the typical in-store tab.

Why, then, the slow, careful approach to delivery?

“I don’t think of the approach as conservative,” says Morrison. “We spend a lot of time collaborating, not only within our management team, but also with our franchisees. Delivery is a good example of that collaboration.”

That desire to build consensus is a hallmark of his management style, Morrison says. “Any number of franchisees communicate any number of times with me every day,” he says.

Only about 29 Wingstop restaurants are operated by the franchisor, making franchisees a key constituency in the march toward top 10 status. They collectively generate 80% of Wingstop’s expansion.

Morrison says those partners would likely have the same assessment he’d expect from the headquarters staff: “Charlie can be tough, but he’s fair.”

He acknowledges that he has a propensity to challenge and probe. “I really enjoy thoughtful and constructive debate on anything, so I engage in that from time to time,” he says. “Early in my career, I got some wonderful advice. I grew up in the Pizza Hut system, and one of my bosses said to me, ‘The more you learn, the more you grow.’”

Among his management objectives, Morrison says, are being transparent and human. “I try to demonstrate a level of vulnerability,” he explains. “I try to represent myself as someone real and approachable. I am my toughest critic.” 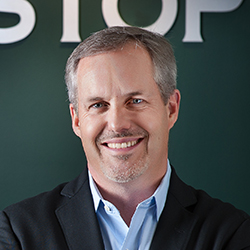 Morrison, age 50, came to Wingstop from Pizza Inn, the 61-year-old pizza chain. During his tenure, he launched a spinoff called Pie Five, an early entrant in the now-crowded fast-casual pizza segment. The chain would run into difficult times after Morrison left for Wingstop.

Earlier, Morrison worked for Metromedia Restaurant Group, the company formed by billionaire John Kluge’s purchase of S&A Restaurant Corp., the parent of Steak and Ale and Bennigan’s. Morrison served as president of Steak and Ale from 2004 to 2006, while the brand, the brainchild of Norman Brinker, was trying to reinvent itself.

He came to the industry from Kinko’s, the string of copier and printing shops, where he worked with the brand’s original CEO, Joe Hardin.

“I’m very blessed to be part of what I think is the best thing in restaurants today,” says Morrison. “My concerns tend to be on the things we cannot control. The flip side of it is, as long as we focus on things we can control, we should do well for the next 25 years. I think we’re where the brand can take off.”