Continue to Site >>>
Edit
Photograph courtesy of Pret A Manger

Clive Schlee will retire after 16 years as CEO of the natural foods chain Pret A Manager in September when he will cede the title to Chief Operating Officer Pano Christou, the company announced on Monday.

Schlee will keep a role in the business as Pret’s nonexecutive director, the company said. The transition was announced as the company prepares to take over the United Kingdom vegetarian chain Eat.

“There is never an easy time to stop being CEO of a wonderful company, but with the completion of our Eat deal tomorrow and the rollout of the Pret Allergy Plan, now is a good time for a new CEO to take Pret on the next stage of its journey,” Schlee said in a statement. He said Christou “knows our shops through and through and will keep Pret true to the values that have underpinned its success.” 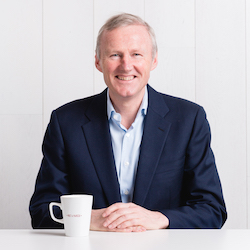 Christou has been with Pret for 19 years, having started as an assistant manager before becoming managing director of Pret U.K. in 2014, and then COO earlier this year. “Pret has big plans for the next few years,” Christou said in a statement, “integrating Eat, developing Veggie Pret, delivering our digital transformation and leading the way in supporting customers with allergies.” 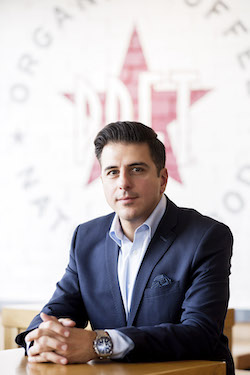 The leadership change comes more than a year after the investment firm JAB Holding acquired Pret.

Schlee was named CEO of the company in 2003 and guided the chain’s growth in Europe and into the U.S. The chain now operates 550 locations worldwide, including more than 90 in the U.S. Global sales topped $1 billion in 2018, according to data from Restaurant Business sister company Technomic.

“Since 2003, Clive has become the beating heart of Pret, transforming it into a much-loved, leading international brand,” Olivier Goudet, Pret’s chairman, said in a statement. He noted that Schlee “will continue to play a key role in stewarding Pret’s people, culture and passion” as its nonexecutive director.