Longtime concept creator and operations specialist Jack Gibbons has succeeded Randy DeWitt as CEO of what was formerly known as Front Burner Restaurants, part of a recast of the Texas-based multi-brand operation into a next-generation venture, FB Society. 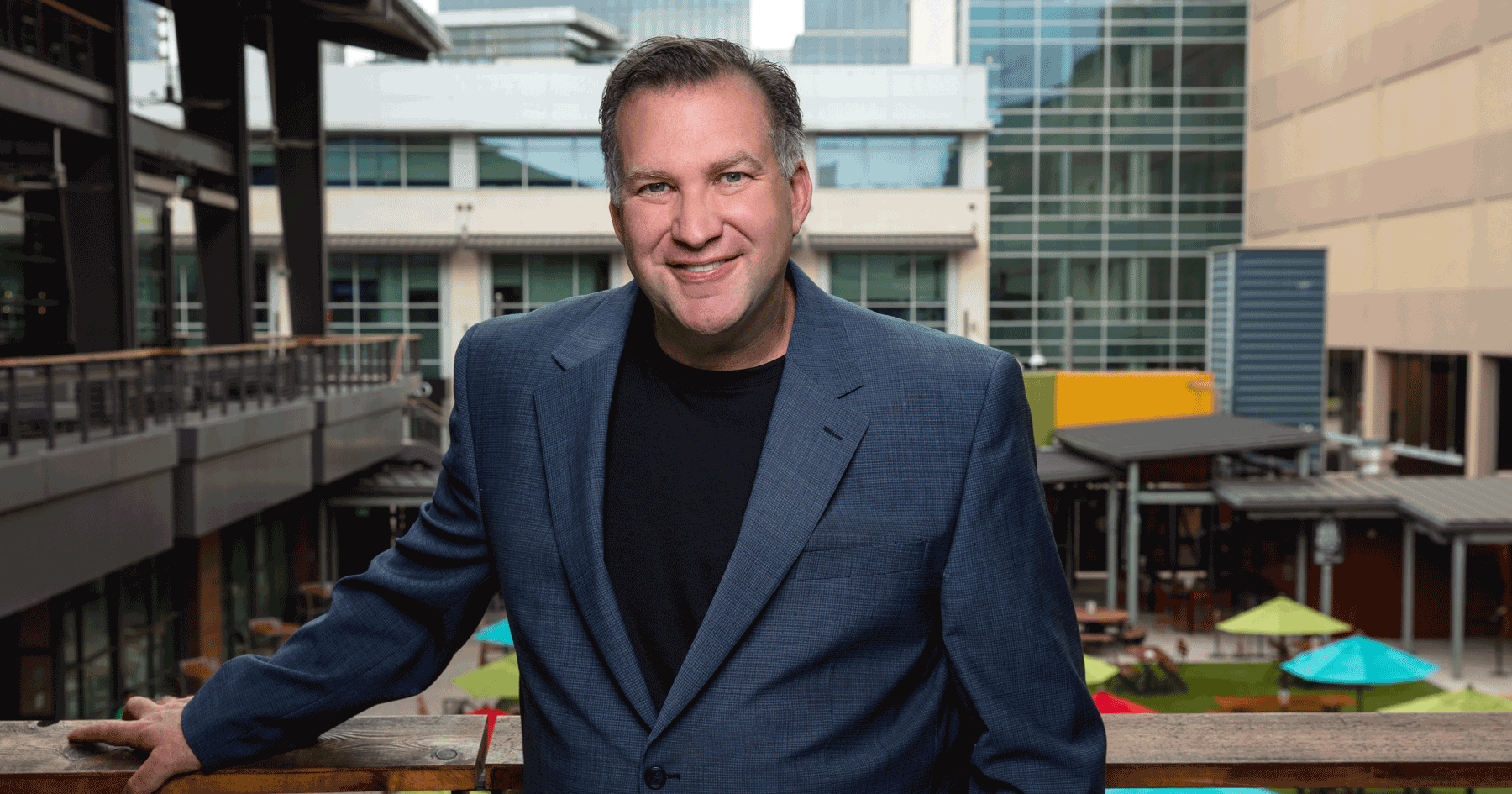 DeWitt, the founder of Front Burner, moves up to chairman.

As part of the company’s makeover, industry veteran Rae Phillips-Luther was retained to serve as CMO under a contractual arrangement.

The personnel moves are part of a shift in the company’s focus, Gibbons said in an interview with Restaurant Business. Front Burner has concentrated on polished-casual concepts such as Whiskey Cake, Sixty Vines and Mexican Sugar. “Our next few concepts are going to be fast casuals,” said Gibbons. Plus, “we see ourselves as franchising futurists. We think there’s still a gaping hole in the franchise space.”

Another fast-casual venture, Buttercup Love Me Tenders, is scheduled to be launched in January, Gibbons said. Like Son of a Butcher, Buttercup started as a station in Front Burner’s Dallas food hall, Legacy Hall. That operation sports a number of other concepts that could be parlayed into a fast-casual chain, including a pasta and pizza place called The Italian Job.

“It’s kind of almost my playground,” Gibbons said of Legacy Hall. “We take chances there, we try things there.”

The plan is to hatch concepts, often using Legacy Hall as the incubator, and then nurture them into something with scale. The company can then expand the brands itself or seek out partners such as private-equity firms to fuel growth, as Front Burner did with its New Age taco concept, Velvet Taco. That brand is now owned by L Catterton, with a minority stake retained by FB Society.

Gibbons and DeWitt, who’ve been partners since the former left Pappas Restaurants almost 13 years ago, decided to form FB Society as the result of brainstorming during the pandemic. “While so many brands were forced to retract, or even shut down during the current crisis, we made a decision that Front Burner would not only survive, but emerge smarter, stronger and more cohesive,” DeWitt said in a statement.

“We really dreamed a little about the industry would look like,” while assessing “our teams, our strategy, our aspirations,” said Gibbons.

“We almost have a process today where it’s super creative,” he continued. “Randy is the futurist who tends to think about what’s next. I ’ve always been the operational person. We’ve always created concepts together.”

The recast was possible, he explained, because of Front Burner’s strategy of bringing in proven talent to run its brands. Jeff Carcara, a veteran of casual-dining operations big (Bloomin’ Brands) and small (Barcelona and BarTaco), was hired at the start of the pandemic as president of Sixty Vines. Ray Risley was given responsibility for Whiskey Cake. Velvet Taco is run by longtime casual-dining and fast-casual veteran Clay Dover.

“What’s really brining us success is putting leadership behind the brands,” said Gibbons. “Doing that gives us more freedom.”

Among the ways that found time is being used is in checking out the potential of virtual concepts, he noted. Right now, a launch isn’t a priority, Gibbons indicated—“we are creators of experiences.” But “. I never say never. We’re looking at that, we’re studying it, we’re talking to our colleagues who have experience with it.”

But the market and the opportunities it affords will be the driver of RB’s strategy, even during an extraordinary period such as the pandemic, he says.

“We really used this crisis,” commented Gibbons. “I don’t have an incredible amount of worries."