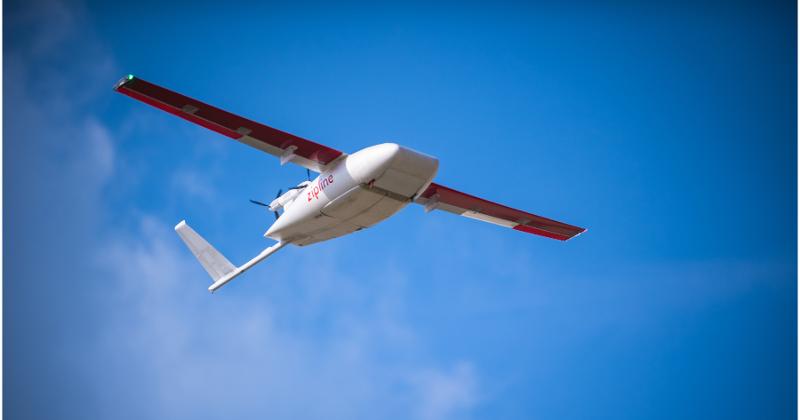 Wyman Roberts, who retired as CEO of Brinker International in June, has joined a drone delivery company.

Roberts is now an advisor for Zipline, a San Francisco-based drone manufacturer and operator. Founded in 2014, it has focused on delivering medical supplies such as blood and vaccines and is moving into food and retail delivery. It calls itself the world’s largest commercial autonomous delivery system, with service in Rwanda, Ghana, Japan and the U.S.

In a Q&A on Zipline’s website, Roberts said he became a believer in drone delivery after Brinker started looking at the technology. The airborne robots eliminate many of the costs associated with human delivery drivers, he said, and can get food to customers faster.

“Autonomous, instant delivery solves a lot of these margin challenges on first order (no traffic and no gas, for example) and have the potential to be hugely cost-effective at scale,” he said.

Brinker, which owns Chili’s and Maggiano’s, has tested drone delivery at restaurants in North Carolina and Texas in partnership with a company called Flytrex. And some of the biggest companies in the world, including Amazon and Walmart, are working on the technology. But full-scale implementation could be years away, at least for restaurants.

Read more: Drone delivery has to crawl before it can soar.

“I don’t think [drones] are going to happen in the next couple of years,” said Roberts’ successor, Kevin Hochman, at the FSTEC conference last week. He emphasized that he wants Brinker to focus on tech that will have more of a near-term impact.

Drone delivery is still subject to strict Federal Aviation Administration rules that determine where and how far they can fly, and they must still be operated or monitored by a human.

Still, Roberts told Zipline: “Drone delivery from restaurants is going to happen.” He praised the company for starting with “the harder path” of healthcare delivery before moving into other products.

“Their model is proven, it’s effective and it’s changed lives,” he said. “They’re the reliable partner that restaurants need for this to take off.”

In addition to advising Zipline, Roberts will remain in an advisory role with Brinker until next summer.