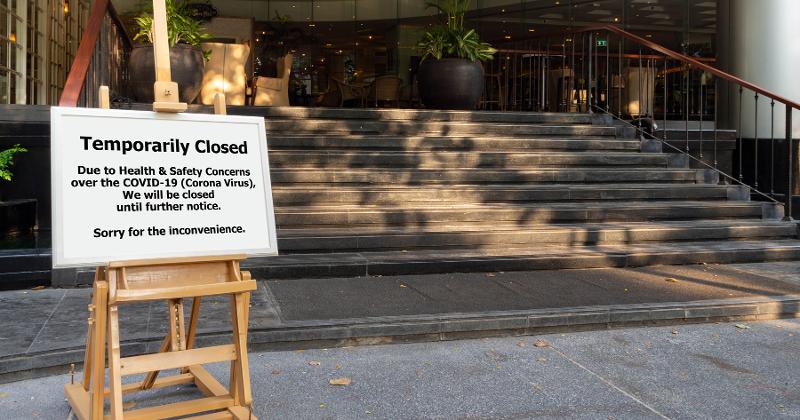 By the hallowed traditions and vexing realities of congressional politics, restaurants and other small businesses should never have won the changes Wednesday that will spare an unknown number of borrowers under the Paycheck Protection Program from having to shut for good. Fortunately for those who now stand a better chance of surviving, their cause was taken up by newcomers who were just learning how the system works—or doesn’t.

The backstory begins with a quasi-social event in San Antonio, when the newly appointed CEO of the Texas Restaurant Association (TRA) was making a point of meeting her state’s politicians. Emily Knight had come to the industry after a career in education, most recently in Chicago, and didn’t know the lawmakers and political subtexts of her new home state. Among those she approached was Chip Roy, a freshman U.S. congressman representing the Austin area.

The brief encounter came to mind after the pandemic walloped TRA members and restaurateurs everywhere.  With their dining rooms closed and off-premise sales falling far short of fixed costs, many had turned to the Paycheck Protection Program (PPP) for a lifeline. They learned that repayment would be waived if the borrowed money was spent within eight weeks and 75% of it went toward payroll. But what sense did that make when dining rooms would be closed by state order for many of those eight weeks, and even 75% of a staff was overkill while operations were limited to takeout and delivery?

“In about two weeks, we realized that some of the terms would not work for restaurants,” Knight says.

Then she remembered meeting Rep. Roy two weeks earlier. She’d been impressed that he’d listened to her—not always the case during a casual encounter with politicians.

“I’d done some research and knew he had the most per capita restaurants of any elected officials in the state,” recalls Knight. “He literally just listened. I promised him, ‘if you just listen to our members, the pain you hear will be real.’”

Roy did talk to his restaurant constituents. “I represent 2,300 restaurants, dozens of live music venues, lots of hotels, and barber shops,” the Republican told Restaurant Business. “We were constantly on the phone non-stop day after day, week after week,” looking for solutions. And that led him back to Knight.

“Chip called me and said, ‘What about a bill?’ I said, ‘if you go for it, I’m 100% in support,’” she recalls.  Never mind that her charge was Texas, and Roy was talking about federal legislation. Or that he was a freshman congressman, historically a bunch that’s told to keep quiet and learn as representatives with seniority pull the legislative levers. Fewer than 2% of the bills passed in Congress are introduced by freshmen.

“Some of that was the fearfulness of being new,” says Knight. “We were a little bit laughed at. ‘Is this really going to happen?’ But we knew if we built a coalition that it could.”

The freshman congressman compounded his challenge to the congressional status quo by reaching across the House aisle to a Democrat, and another freshman at that: Rep. Dean Phillips of Minnesota.

Roy and Phillips kept their bill short—it ran to about seven pages, compared to the tome-like bill that created the PPP—and focused just on a few fixes. That made the measure easier to grasp and more palatable for the lawmakers.

Knight teamed up with the National Restaurant Association and fellow state association leaders to make good on her promise to Roy. They kept up the pressure day after day, knowing many early PPP borrowers would hit their 8-week milestone on June 5.

The measure—the PPP Flexibility Act--passed the House on May 28 by a vote of 417-1. In the Senate, it initially met some resistance, but Majority Leader Mitch McConnell, R-Ky., threw his support behind the bill and called for a unanimous consent vote, meaning it would pass unless objections were voiced. It was passed the afternoon of June 3, and is widely expected to be signed into law by President Trump before the 5th.

A second bill could be needed for technical corrections—language and factual fixes that may have been overlooked in the rush to get the bill enacted into law by Friday, the day many early PPP borrowers will hit their 8-week mark.

The door is open for the TRA and the restaurant industry as a  whole to work with Roy on other legislative matters, the congressman says. “I have always been and will always be a limited-government political conservative,” the Republican says. But “I believe that legislation is a way of fixing problems.”

“It’s all about relationships in lobbying,” says Knight. She adds that the TRA is already working with federal lawmakers on a bill to shield restaurants from liability lawsuits stemming from the coronavirus protections they provide to employees and guests, and is looking at the state level at capping delivery-service commissions.

“The PPP has been improved for many, but our industry faces ongoing challenges and must stay engaged in Washington," Sean Kennedy, EVP of public affairs for the National Restaurant Association, said in a statement on the Flexibility Act's passage by the Senate. "We look forward to continuing to work with Congress and the administration to create the support the nation’s second largest private-sector employer will need to recover.”