The goal, the company said in a release, is “to harness and direct the full strength of McDonald’s ongoing efforts to affect positive change around the world.”

“At a time of great global complexity, there is an increasing expectation on companies to play a leading role,” CEO Chris Kempczinski said in a statement. “We welcome that challenge and our raising our ambitions.”

Kempczinski said the department brings together “expertise from across our organization to create a function that is focused on purpose and guided by our values.”

The new organization comes weeks after the company established a series of values designed to guide the company going forward. It also comes as McDonald’s battles with its former CEO, Steve Easterbrook, over his severance after the company apparently discovered he had several previously undisclosed relationships with employees. 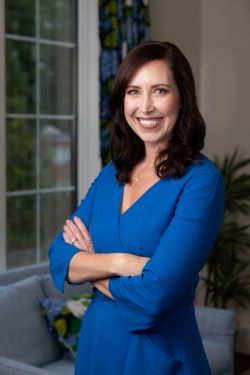 But it also comes as McDonald’s continues to fend off lawsuits filed against the company, including one by former Black executives, another by Black former franchisees, and multiple lawsuits filed by employees over the company’s COVID-19 protections. In addition, McDonald’s faces constant protests and strikes by workers backed by labor activists pushing to unionize fast-food restaurants. The company has also dealt with a push to label franchisors as a “joint employer” of its franchisees’ employees.

Fallon is no stranger to the political sphere, as well as communications. She is a former senior advisor and director of legislative affairs in the Obama White House, which she left in 2016 to become the EVP, global corporate affairs for Hilton, where she managed the company’s communications, government relations and corporate responsibility.

Fallon is not the first former Obama White House aide to take a position at McDonald’s. Robert Gibbs, Obama’s former press secretary, was the chain’s chief communications officer between 2015 and 2019.

In a statement, Fallon called McDonald’s “a beacon in every one of the communities that it touches.”

“I have long admired the company’s willingness to use its global scale to drive positive change through sustainability efforts, community service initiatives and corporate philanthropy,” Fallon said. “Today’s pace of change makes these efforts more urgent and important than ever.”