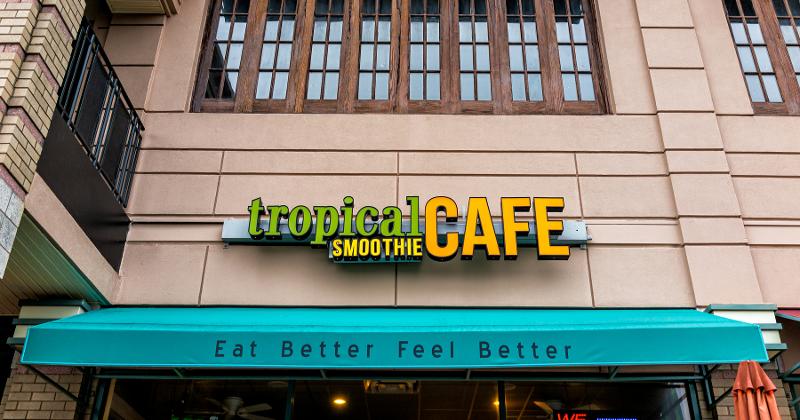 In his new role, he will help grow and develop field support teams and lead internal initiatives that focus on the chain’s guest experience and franchise profitability, the company said.

“Over the past three years, Richard and his team have provided outstanding support and training for our growing franchisee community during one of the most dynamic times in Tropical Smoothie Cafe history,” CEO Charles Watson said in a statement.

Early this week, the Atlanta-based chain announced the opening of its 1,000th restaurant and said it is on pace to open 130 new franchised locations this year. Tropical Smoothie has set a goal of having 1,500 units by 2024.

Watson, in a statement, called the chain “the biggest brand you’ve never heard of.”

Key said he will continue to work to help Tropical Smoothie’s franchisees succeed.

"Our top focus at Tropical Smoothie Cafe is to make sure that we not only provide a best-in-class guest experience, but also equip our franchisees to be the most successful in the industry," he said in a press release. "Three years ago, I began developing great relationships with our franchise community while implementing systems to support our record-breaking growth. I look forward to expanding my role with key projects and initiatives in the future and as we continue to grow."

The chain has shown solid performance in recent years. Tropical Smoothie saw sales grow 19.7% from 2019 to 2020, to $690.4 million, according to an estimate from Restaurant Business sister firm Technomic. It ranks as the 58th largest of the country’s top 500 restaurant chains.