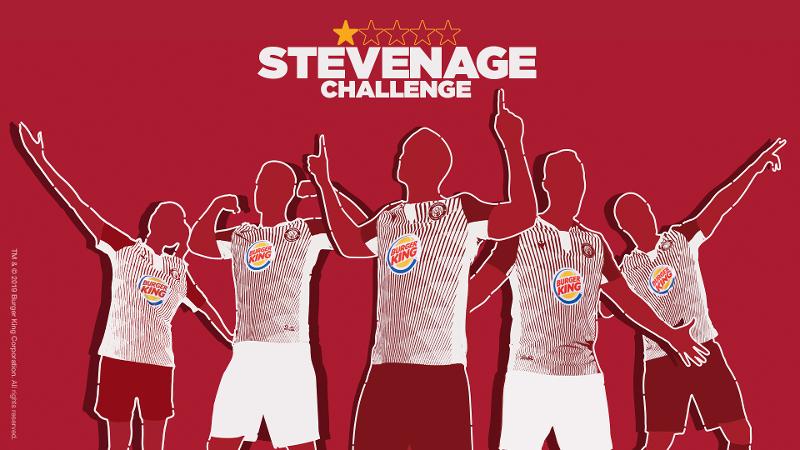 It’s a good bet that most of Burger King’s consumers, certainly in the U.S., have not heard of the Stevenage Football Club. The company wants to change that as part of its latest internet-based marketing campaign.

Stevenage is an English soccer team in the fourth division—sort of like a lower-level minor league baseball club.

The chain has a series of challenges within “Kings of  Soccer” for its customers (and Stevenage fans), from scoring a goal to scoring on a corner kick while playing the game in the jersey. The challenges are listed on a website devoted to the campaign.

If customers share footage of their feats on Twitter, they’ll get a free menu item that can be delivered through Burger King’s new partnership with Uber Eats. “It’s almost 2020, and the internet community is still surprising me,” Fernando Machado, global chief marketing officer for Burger King, said in a statement.

The Stevenage Challenge runs until Oct. 23 in participating markets through Uber Eats, which the company recently began working with to provide delivery.