Other than selling burgers, the chains seem to have little in common. One is an established industry giant, battling the other global behemoths as it wages a constant struggle to stay fresh and relevant. The other is a brash upstart, unencumbered by the baggage of older concepts, even though nostalgia is a big part of its appeal. But as the executives of Burger King and Five Guys revealed during a session at the Restaurant Leadership Conference, their brands share a conscious commitment to style over substance in their marketing approaches. 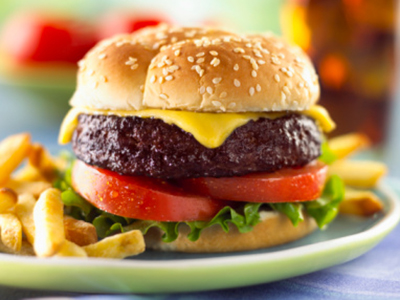 “Our brand isn’t The King. Our brand is the flavor. It’s the taste of our product,” said Steve Wiborg, the new chairman and president of Burger King North America. “Taste is king.”

Sam Chamberlain, chief operating officer of Five Guys Burgers and Fries, detailed how his chain spent $18 million on marketing without buying a single ad. Instead, he explained, all of the money went to employees as performance bonuses and rewards.

“The two best sales people we have are our employees and our customers,” Chamberlain said during the general session, which was moderated by Deutsch Inc. partner and CMO Michael Goldberg.

He had his own ideas on marketing in the present day. For one thing, he advised, make your brand more than a sign over the door. “[Your brand] is a compass to guide your business,” he said. “It’s the lens through which everything should be decided, through the view of the brand.”

A Taste of Burger King

In choosing to focus on taste, Burger King considered its entire menu and new directions it could take to support the brand.

“If you’re going to be about taste, then it has to be about everything on your menu,” Wiborg said. “It made us look at every single item [we sell].” For a new product such as its smoothies, Wiborg insisted on real-fruit, hand-blended products.

The chain also introduced new uniforms, added digital menu boards and sped up its remodeling efforts. With 99% of BK’s retail outlets run by franchisees, Wiborg recognized the need to keep them engaged and make the changes affordable. To that end, Burger King made sure franchisees had access to the necessary capital, lowered the costs of remodeling where possible and partnered on incentives.

Five Guys, on the other hand, is less interested in what’s new and more focused on maintaining quality.

“We’re fanatic about hamburgers and French fries, and we want to deliver perfect product every time,” said Chamberlain.

Five Guys used its five original owned and operated sites as its incubator for 18 years before branching out into franchising. The focus today remains on the original limited menu—no salads, no chicken sandwiches, no onion rings.

“It comes back to discipline,” Chamberlain said. “[In the restaurant business], we’re trained to give the customer what they want, but we’re willing to push back a little.”

Goldberg questioned whether that limited focus might harm Five Guys going forward. Chamberlain doesn’t think so. “To remain successful, we need two things to happen: One, consumers need to continue to like hamburgers. And history suggests that won’t be an issue. Two, we need to continue to execute our brand as best we can,” he said.

In 10 years, how many new products might be on the menu?

But the brand does have plans to grow. With its first restaurant opening in England this spring, “Ten years from now, we will be a global brand,” Chamberlain said. “We don’t have a target number of units we want, but we will have as many units open as we can successfully operate.”