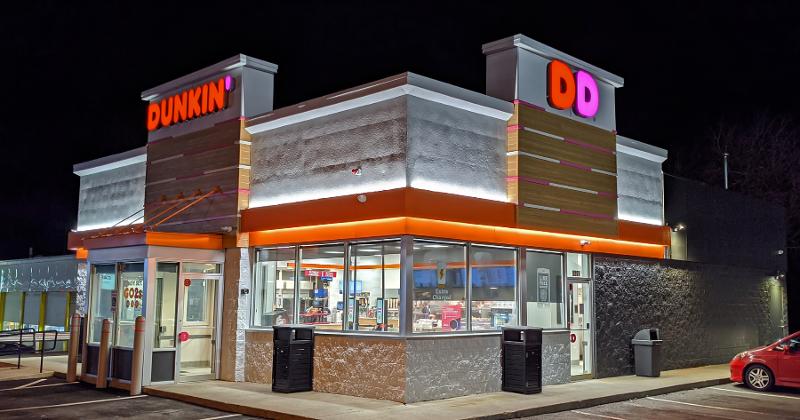 Thirty million Dunkin’ loyalty members woke up last week to find themselves a lot further from their next free cold brew.

Under Dunkin’s old program, DD Perks, $40 spent yielded 200 points and a free beverage of the customer’s choice. Under the new Dunkin’ Rewards, users will have to spend $50 to get a free coffee, $70 for a cold brew and $90 for a latte.

That change has drawn backlash online, where Dunkin’ fans are venting their frustration on Reddit and Twitter and threatening to switch to Starbucks or Panera or even start making their coffee at home.

“200 points for a free drink is nothing to sneeze at. But now 500?” wrote one Reddit user. “It just seems like a slap in the face to all the loyal customers.”

Dunkin’ has said the program is intended to bring back millions of lapsed users, mainly by offering more variety—for the first time, members can spend points on food. They can also use points faster, with rewards starting at 150, and the points never expire. The program also recognizes Dunkin’s heaviest of users—those who visit 12 times or more in a calendar month—with “Boosted Status,” which increases their earnings to 12 points/$1 for three months.

Still, customers were bound to be miffed over what is essentially a devaluation of their beverage points.

“It doesn’t matter what you change. There’s always going to be somebody who’s upset,” said Olga Lopategui, a restaurant loyalty consultant.

She added that when loyalty programs change, they rarely get better for the customer.

“I’ve never seen brands go towards more benefits, and frankly I do not advise brands to increase benefits, because usually you don’t get a good lift out of it,” she said. “Where you do get a good lift is you allow people to get to rewards faster.”

That’s precisely what Dunkin’ has done, allowing customers to start redeeming rewards after just $15 spent vs. $40 before. The program will also feature special offers and other “surprises” that Lopategui said tend to drive incremental transactions more effectively than points.

“They’ve taken away a lot, but if you think about it, the change allows them to have a lot more room in the loyalty program for surprise and delight and other benefits they can use in the way that they want to drive the business,” she said.

Dunkin’ did not respond to a request for comment as of publication time. It did, however, send Dunkin’ Rewards members a special offer: a free breakfast sandwich with the purchase of a medium or larger beverage through Oct. 31.

The more austere program was three years in the making, and its arrival is timely. As inflation continues to weigh on the economy, restaurants of all kinds are struggling to maintain traffic while also protecting margins. During past economic declines, brands have used deep discounting to attract guests, but that strategy isn’t as viable when restaurants’ own costs are also sky high.

Olive Garden, for instance, recently brought back its popular Never Ending Pasta Bowl promotion, but at a higher price point than in the past. And Chili’s plans to stop offering as many discounts under its My Chili’s Rewards program.

“There's probably a better way to do that and still maintain the traffic that that drives without constantly giving away free food every week,” Brinker International CEO Kevin Hochman said during the company’s quarterly earnings call in August.

And yet loyal customers remain an important group for restaurants. A report out this week from tech supplier Paytronix found that 5% to 17% of total restaurant revenue is driven by just 2% to 3% of guests. Brands are increasingly looking for new ways to court them—but at what cost?

Lopategui estimated that Dunkin’s old loyalty program was ultimately giving guests about 12% of their money back. The revamp reduces the discount to 7%.

“Where I see the value [of loyalty] is you’re getting the information on how those users are using the brand,” she said. “That data is very valuable, but it’s not 12% valuable.”