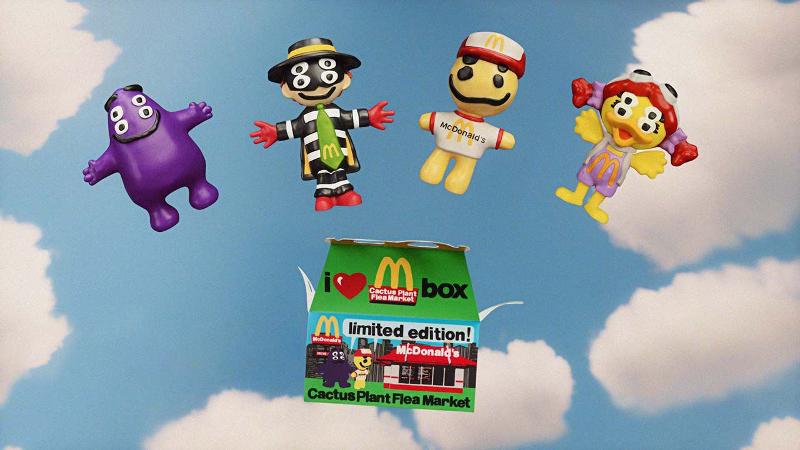 McDonald's adult Happy Meal toys have sold for rather high amounts on eBay. But that's not the best indication of the box's success. / Photo courtesy of McDonald's.

We certainly weren’t the only ones. When we went to get one of these said adult Happy Meals, the employee at the window asked us, “You ordered the box thing?”

But the boxes had four-eyed Grimaces, and so those “box things” would prove to be McDonald’s most unusual hit marketing effort.

How much of a hit? Well, the toys themselves have proven to be a hot commodity, at least judging by eBay. There is one posting on the site selling three unopened toys for the ridiculous sum of $300,000. We’re, uh, skeptical. But it’s there.

If that’s too much, you can get the “Cactus Buddy” for $20,000. (You can probably get these things for a lot less than that if you spend, you know, more than 30 seconds on the site.)

The biggest indication that these box things were a hit for McDonald’s comes from Placer.ai, the retail foot traffic data firm. Check out McDonald’s traffic in the six weeks leading up to and including the week that the Happy Meals were sold, when compared with 2019.

Yeah, that little spike at the end is notable, especially when you consider that traffic hasn’t been all that easy to come by these days.

It’s also notable because McDonald’s had been performing quite well even before that box thing came around.

The Cactus Plant offer proves that you can have a strong marketing effort even without a ton of name recognition. For what it’s worth, Cactus Plant Flea Market is a streetwear maker. And the four-eyed Grimace, Hamburglar and Birdie are unique.

The box things also played to consumers’ nostalgic feelings about the Happy Meals they grew up with as a kid. The combination was a big win for the Chicago-based burger giant.

Speaking of winning, Taco Bell has brought back one of its more notable promotions. The Mexican fast-food chain is bringing back its “Steal a Base, Steal a Taco” for the upcoming World Series.

But, much like a host of other marketing offers, the company is tweaking the promotion to shift the focus to its loyalty program. In this case, if a player successfully steals a base during the fall classic, then members of Taco Bell Rewards can get a free taco as soon as that night—rather than wait as long as a week, as in the past.

In other words, the company is hoping to get customers to sign up for its loyalty program, which is where most big chains are shifting their discounts.

For what it’s worth, it is a virtual certainty that someone will steal a base. Though stolen bases have been down in recent years, generally, in Major League Baseball, they were up 10% this season, according to Baseball Almanac. 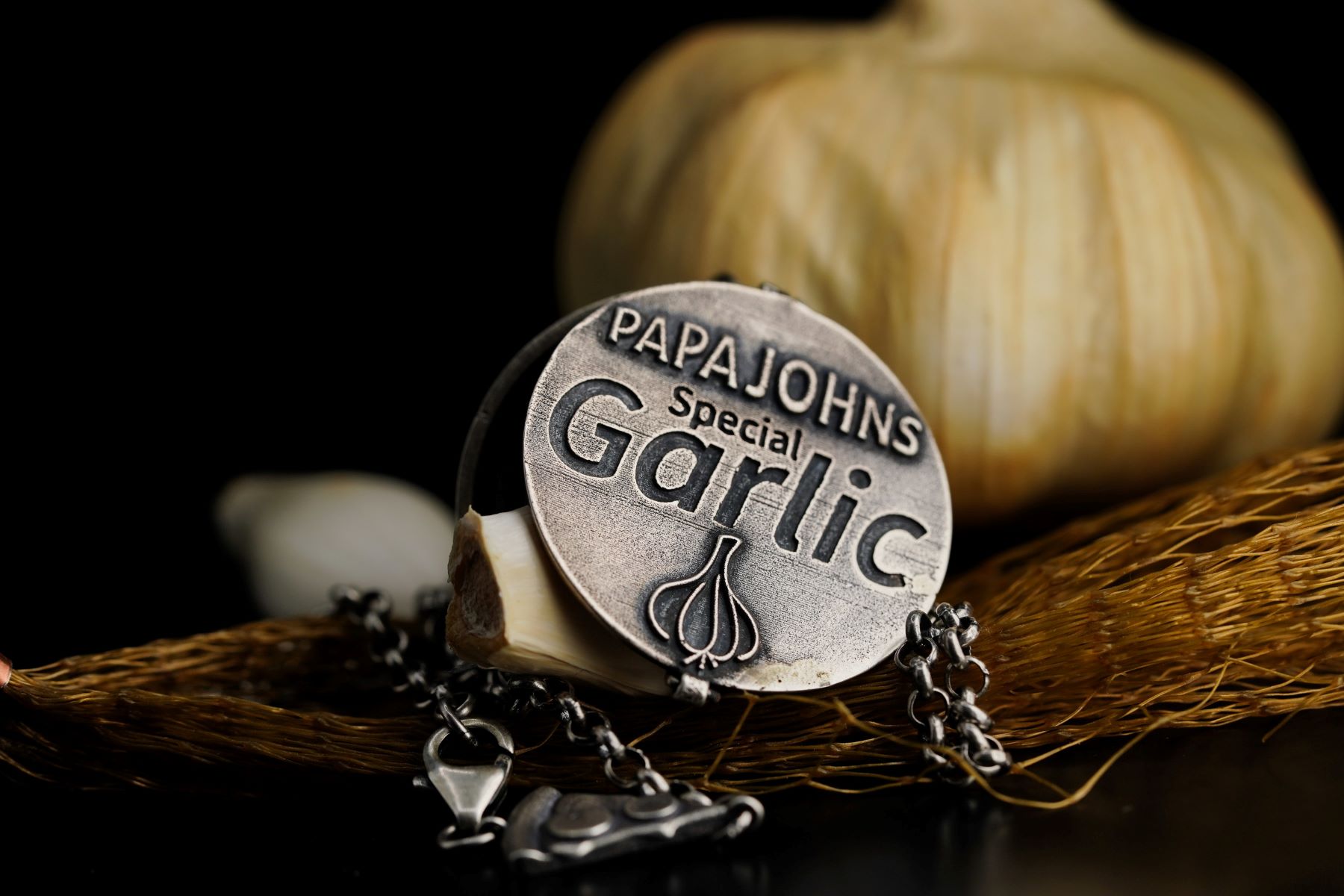 Always want a necklace that looks like Papa John's garlic dipping sauce? You're in luck. / Photo courtesy of Papa John's.

Don’t look now, but Halloween promotions are coming. We’ve seen quite a few already, but we’ll just point out this one from Papa John’s in the U.K.

The company is resurrecting a horror film parody series called Jack! In the process, it is launching the “Stranger Bling” necklace, its first piece of jewelry. The talisman necklace is designed to look like the pizza chain’s Special Garlic Dipping Sauce.

Said talisman “harnesses the mythical power of garlic to protect the wearer against supernatural spirits.” You can purchase this talisman internationally at Black Feather Design. I don’t need one because I consume enough garlic that dark spirits and most family members stay away from me, anyway.