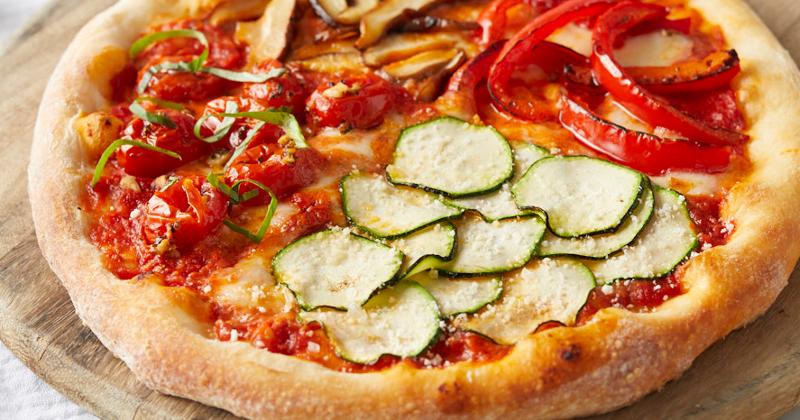 In the first major operational change for Bravo Cucina Italiana since the polished-casual chain was acquired 17 months ago, new owner FoodFirst Global Restaurants has outfitted its holding with a new health-minded menu of made-from-scratch Italian and Mediterranean specialties.

FoodFirst said the new lineup fits the company’s strategy of providing options that don’t require tradeoffs between health, flavor and a commitment to sustainability, though company representatives say they prefer "better for you" to "health" because they don't want consumers to think "diet food." The bill of fare features items such as Neapolitan Vegetarian Pizza, made with shiitake mushrooms, grape tomatoes, roasted red peppers and fresh zucchini, and Primavera Alfredo Fresco, made with fresh vegetables.

The new menu will also feature more plant-based items than the one it replaced, FoodFirst noted.

“We started FoodFirst to differentiate our company in relevant ways by passionately pursuing the mission of creating amazing food that fulfills the tenets of ‘Good Food for the Planet,’ with nothing being more important than fresh taste,” FoodFirst CEO and former Olive Garden chief Brad Blum said in a statement.

FoodFirst said the key ingredients will be Mediterranean staples such as extra-virgin olive oil, Italian olives and fresh lemons.

The menu was drafted by Johnny Imbriolo, who learned how to cook from his father, a chef who cooked for John F. Kennedy and Ronald and Nancy Reagan, according to FoodFirst. “This updated menu at Bravo provides foods that taste amazing, to be enjoyed by our current guests and new guests alike,” Imbriolo said in the FoodFirst statement.

Bravo Cucina Italiana is one of the two Italian concepts that FoodFirst acquired in May 2018 in partnership with Brazilian private-equity firm GP Investments. The second concept is Brio Tuscan Grille.

The pair were acquired by GP and FoodFirst for about $100 million in cash. The strategy revealed by the partners at the time was to build a portfolio of restaurant brands that simultaneously address the public’s mounting demand for healthful, sustainable and full-flavored eating options.

GP also operates in the U.S. through Leon, a fast-casual brand with a focus on freshness and health.