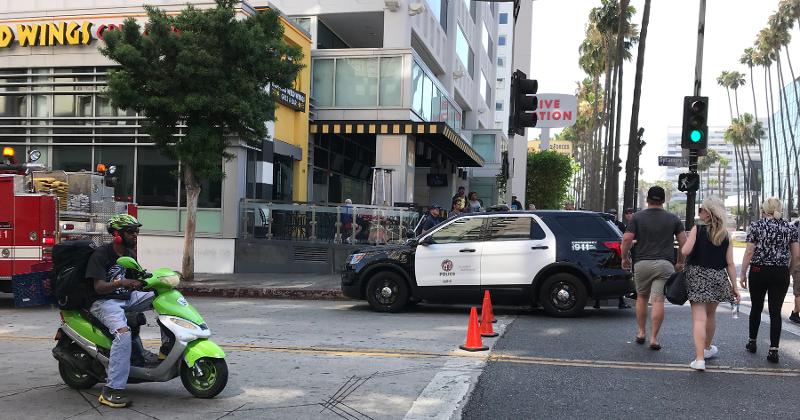 After ordering restaurant dining rooms to reclose in the counties where 70% of Californians reside, Gov. Gavin Newsom announced that the state will dispatch “strike teams” starting Thursday to curtail the repeated disregard of anti-COVID safety measures by certain businesses.

He cited restaurants and bars as prime culprits.

The strike teams will be drawn from seven state regulatory agencies, and will work with county enforcement authorities, Newsom said in a televised briefing. He stressed that the teams will target places that have drawn repeated complaints about their failure to follow safety protocols during the pandemic. The geographic focus will be on those regions where COVID-19 cases have spiked in recent months.

But he held out the possibility of tougher actions if noncompliance should continue, including the revocation of licenses. He also mentioned that the state could withhold funding from jurisdictions that fail to police abuses and repeated violation of safety protocols. Several counties have defied Newsom’s earlier directives to keep restaurants and other businesses closed.

Newsom did not specify what sort of risky practices the teams will aim to halt, but he noted during the briefing that large gatherings and noncompliance with the state’s mask mandate are frustrating efforts to keep coronavirus infections in check. The state was successful early in the pandemic by directing residents to stay at home and refrain from coming together in groups. More recently, it adopted a requirement that citizens wear face coverings when out in public.

After enjoying early success in its early efforts to slow the infection rate, California has recently seen a sharp spike in new COVID-19 cases. Health authorities tallied nearly 6,000 new cases Wednesday. The number of new cases has been on a climb, as it has been in 45 other states.

Newsome ordered restaurants in Los Angeles and 18 other counties to suspend dine-in service again. Bars in those jurisdictions were directed to close altogether. Restaurants in the affected areas can continue to offer takeout, delivery and outdoor table service.