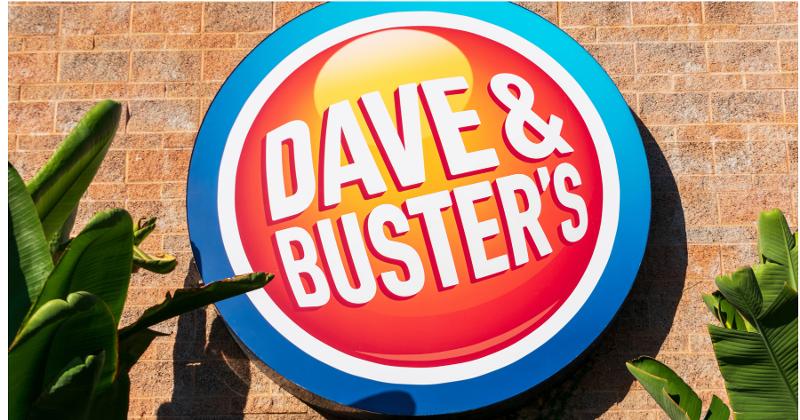 The Dave & Buster’s eatertainment chain is aiming to spark a comeback this summer through innovations ranging from onsite sports betting to a trio of new restaurant ventures, at least one of which is virtual.

It also announced the retirement of chairman and longtime brand leader Steve King, who will be succeeded in June by Kevin Sheehan. King has served in leadership positions for the games-and-food chain for 15 years.

The concept he exits will likely be considerably different from the arcade brand he joined as CFO in March 2006, judging from the list of changes that were foreshadowed for financial analysts Wednesday by CEO Brian Jenkins.

Many of the recovery tactics he aired have become virtually standard features in the comeback plans of full-service restaurant chains. The brand will try to capture more off-premise sales, for instance, in part by launching a virtual wings concept called Wings Out. The startup is currently being tested in seven Dave & Buster’s stores.

It is also rebranding the food operation within its cavernous units as the Inspired American Kitchen. The menu currently extends to just 22 items, with the roster scheduled to grow to 28 selections next month.  The bill of fare is 33% shorter than the menu previously offered to on-site game players.

The selections will also be offered for takeout and delivery.

Management also made reference to a second virtual concept slated for testing this fall. The executives were not clear about the specialty of that venture. The forecast incremental annual sales for all three restaurant initiatives at $50,000 per unit.

Part of the America rebranding is outfitting the foodservice operation with high-speed ovens that trim the production time for one-third of the offered items by 40%, according to management. A new kitchen management system will be installed by July to get food to customers more quickly so they can spend more time playing games.

“This is the most extensive update to our food offering in more than 10 years, and it allows our guests to explore new flavors,” said Margo Manning, Dave & Buster’s COO.

The gaming portion of the eatertainment concept is also being updated. Additions will include consoles based on Minecraft, a favorite of online game players, as well as an arcade version of Hungry, Hungry Hippo, a board game aimed at young children.

New entertainment options for adults could include sports betting where allowed by law, Jenkins revealed.

“We feel like sports betting could represent a meaningful opportunity for this brand,” he told financial analysts. “This is a wave that's really just kind of beginning.”

To help margins, Dave & Buster’s is also looking at its service model. Digital ordering, even in-store, is being encouraged by the addition of tablets and encouraged the use of an app. Servers’ stations are being expanded to shave labor costs, the officials explained.

The various initiatives were described to Wall Street analysts after Dave & Buster’s posted evidence that the rebound bringing casual dining sales back to 2019 levels has been slow to take hold in the eatertainment sector. During February and March, same-store sales at fully re-opened stores were still down 24% from 2019 levels, according to Jenkins. Many full-service competitors posted positive comparable sales for at least a portion of that period.

The chain ended January with 107 of its 141 restaurants in operation.