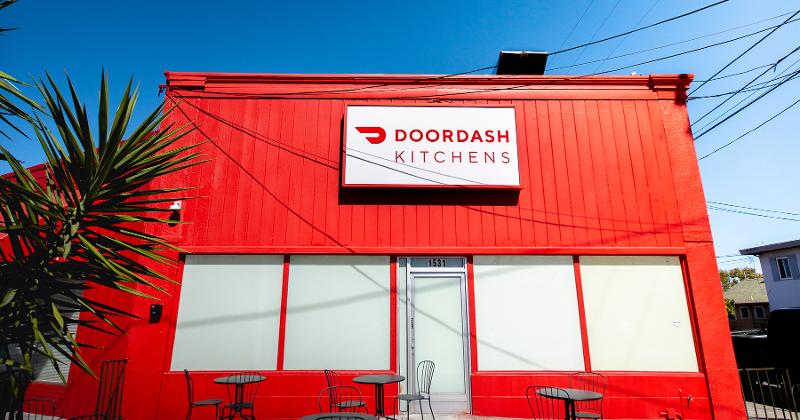 After fizzling in their first go-round two years ago, ghost kitchens are quickly catching hold among restaurant operations of all shapes and sizes—matching the diversity of the models being tried this time around.

Also known as dark kitchens, the facilities are essentially commissaries, producing foods for delivery and catering in remote and less expensive areas where consumer traffic doesn’t matter. Customers typically never see the production centers, never mind visit them, so seating, signage, bars, parking and all the usual restaurant amenities can be skipped. They are wholly kitchens, without any frills.

A major difference of the current fast-growing generation is scale. Instead of supplying one brand or operation with meals for delivery, the ghost kitchen of today is typically part of a multikitchen commissary supplying an array of restaurants, real or “virtual”—places that have a name and menu, but no physical existence. Warehouses of ghost kitchens are being developed by a number of new companies, including Kitchen United, CloudKitchen and Zuul Kitchens, as well as familiar players such as DoorDash, which recently opened its first DoorDash Kitchens.

Facilities feeding virtual restaurants are often the kitchens of actual restaurants with production capacity to spare. About a dozen units of the Fatburger fast-casual chain, for instance, are producing wings marketed via delivery services’ apps under the brand name of a sister chain, Hurricane Grill & Wings. Fatburger sells its own wings, but the Hurricane name is more likely to come up when a consumer searches for wings on a delivery app. Fatburger stands a chance of capturing the sale, instead of seeing it go to other wings specialists such as Buffalo Wild Wings or Wingstop.

“We already have the fryers to make wings, but now our franchisees can generate some additional sales,” says Andy Wiederhorn, CEO of Fatburger and Hurricane parent Fat Brands. “We’ve seen in our test market a 10% to 20% increase in participation.”

In other instances, ghost kitchens are moving beyond delivery and catering. DoorDash Kitchens, for instance, produces food for pickup at the multikitchen facility. Just Salad, the fast casual whose kitchens are producing the menu selections of a virtual special-diets restaurant called Health Tribes, is also serving as a takeout network for that invented brand.

The boom in off-premise business has convinced a wide variety of operations to similarly co-opt commissaries’ model and function as behind-the-scenes production facilities.

Instead of merely creating new restaurant concepts, Lettuce Entertain You Enterprises (LEYE) is now hatching virtual operations consisting of a brand name, menu and kitchen managed by the famed Chicago multiconcept group. Fans of the Whole30 diet can’t visit an LEYE restaurant specializing in the items permitted under that weight-loss plan, but they can order delivery of Whole30 selections produced in an LEYE facility sporting another name.

Similarly, LEYE is producing foods sold exclusively for delivery under the brand name Bon Appetit, Delivered through a collaboration with Grubhub. The meals, made in accordance with recipes from Bon Appetit magazine, are produced by the underused kitchen in one of LEYE’s brick-and-mortar operations.

The list goes on and on. As do the variations being tried.

An emerging Chinese chain, Junzi Kitchen, intends to grow in part by using ghost kitchens to handle its delivery needs. Chip Wade, president of Danny Meyer’s Union Square Hospitality Group, is one of the investors who just bet $5 million on the venture.  The upstart will use space rented from Zuul Kitchens, one of several new operators of ghost kitchen centers.

The nine kitchens in Zuul’s New York City facility also supply chains such as Sweetgreen and Naya, as well as Sarge’s Deli, a well-known local operation with a single midtown location. “Sarge’s Deli, based on where they are, is unable to provide delivery from where they are,” Zuul co-founder Sean Fitzgibbons said at a recent industry conference.

Della Bowls, a fledgling vegetarian bowls concept in Florida, is trying a partnership with another ghost kitchen operator, Reef Kitchens.

Wendy’s told investors in early October that the facilities—it calls them dark kitchens—figure prominently into the burger chain’s expansion plans. “We believe this is an important unlock to our growth going forward,” Chief Development Officer Abigail Pringle told investors. It plans to have two open by the end of the year.

The Famous Dave's full-service barbecue chain has similarly cited ghost kitchens as a key component of the brand's growth. Executives have explained to investors that the facilities are a more economical way to provide delivery and expand awareness of the brand.

Chick-fil-A has opened two of its own ghost kitchens, in Nashville and Louisville, Ky., while becoming a tenant of Kitchen United’s facilities. At least one of the chicken chain’s proprietary dark spaces is larger than a restaurant with seats, though both will produce orders exclusively for delivery and catering, without even a drive-thru to serve consumers directly.

Four operators in Northern California are looking to expand without braving the San Francisco Bay Area’s sky-high rents by using a ghost kitchen operated by DoorDash. The first DoorDash Kitchens will fulfill pickup as well as delivery and catering orders for The Halal Guys, Nation’s Giant Hamburgers, Rooster & Rice and Humphry Slocombe.

The venture illustrates how the rationale for using a ghost kitchen is evolving for operators. Initially, the facilities were seen as a way of easing the production burden foisted on conventional restaurant kitchens by the delivery boom. Places that were slammed with dine-in or takeout business struggled to meet the added demand from delivery apps or catering sales efforts, overtaxing brick-and-mortar operations that weren’t built to handle that volume.

“The traditional restaurant structure was never built with the intent of supporting that operational model,” said Zuul Kitchen’s Fitzgibbons.

Now the facilities have the added benefit of easing a brand into new markets without the usual capital commitment, occupancy costs or much of the risk.

None of the four operations in DoorDash Kitchens had a presence in the areas served by that venture. DoorDash approached each one because users of the service’s app were searching for the prospective partner’s signature type of product.

The data dive also revealed which brands were known to residents of the area, even without a brick-and-mortar presence there. DoorDash approached those familiar-but-not-accessible concepts and offered to build custom kitchens for them in its Redwood City, Calif., venture in exchange for a sales commission and a moderate rent.

It also sweetened the deal by showing them what kind of business they could expect. “This isn’t high-level data—‘Here’s what restaurant demand looks like in this area,’” says Fuad Hannon, head of DoorDash’s new business verticals. “It’s very detailed. ‘Here’s what a burger concept has done in this area’—it’s that specific.”

That provides a killer benefit to the operator, he adds. “It allowed restaurants that did not have a presence in that area to move in with very little risk,” Hannon says. “We have eliminated the [capital expenditure] commitment. We have helped you understand how your concept will do. And we become your marketing expert. We’re able to promote your story and your brand” via the service’s app.

Zuul’s Fitzgibbons had a similar assessment.

“We’ve had the opportunity to connect with hundreds of restaurant operators, and we always ask them, ‘How’s it going?’ We never get someone saying, ‘It’s easy,’” he told attendees of the recent CohnReznick restaurant technology conference in New York City. “Many of our restaurant partners chose to partner with us because it’s a risk-free proposal.”

Yet the first flush of ghost kitchens was anything but a success.

Sprig, with a reported $57 million in backing, threw in the napkin in May 2017, citing the difficulties of both producing and delivering meals. It offered rotating menus, and the food was sold under the Sprig brand name, which had little recognition beyond a hardcore customer base.

Maple, a service backed in part by celebrity chef David Chang, fired down its ovens the same month. News reports indicated it was losing money on each delivered meal.

Munchery, a ghost kitchen pioneer, shut down abruptly in January 2019 after growing to three locations and drawing a reported $125 million in backing. The San Francisco-based company was losing $5 million a month because hundreds of thousands of meals were produced but not sold, according to the Bloomberg news service.

Those services counted on affiliations with big-name chefs and location to foster demand. The brand names emblazoned on their packaging were unknown prior to the ventures.

Fatburger could similarly launch a new brand that functions solely as a delivery option. “But that’s not our intent,” Wiederhorn says of his brand’s virtual restaurant experiment. “Doing a startup is a lot of heavy lifting that isn’t necessarily our passion. This is all about brand awareness.”

All told, sales via ghost and virtual restaurants will rise by 25% for each of the next five years, to $300 million annually, from 300 facilities in the United States, according to Technomic.