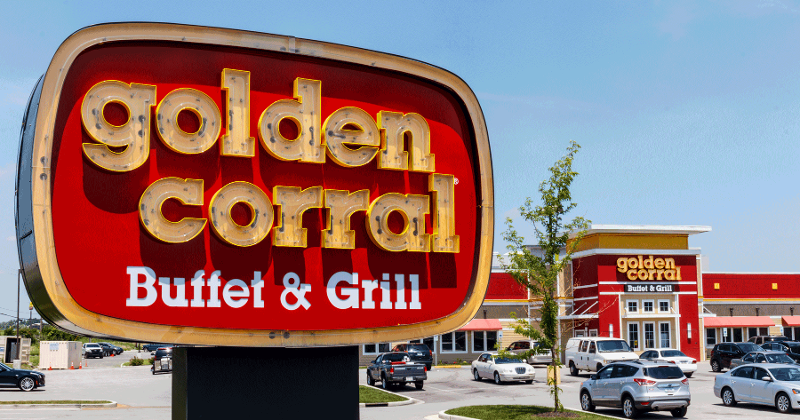 Golden Corral is venturing far beyond buffets in its quest to sustain business through the pandemic and beyond, with tests already underway of such draws as drive-thrus, frozen margaritas, a la carte menus, a virtual concept specializing in comfort foods, and even a more sanitary riff on the brand’s signature chocolate fountain.

“We will forever have to operate differently from how we did before the pandemic,” CEO Lance Trenary explained during this week’s edition of The Deeper Dive, the Restaurant Business podcast hosted by Editor in Chief Jonathan Maze.  “We had to completely change our business model and innovate with new ideas—different types of access points for our guests.”

It’s part of what he characterizes as a transformation of the buffet chain into “a learning organization” that suddenly had to function more like a startup than a 47-year-old concept with little impetus to rethink its fundamentals. “One of the downsides of being successful is there’s no reason to change,” Trenary said.

And by all gauges, Golden Corral was phenomenally successful. A typical heavy user would visit the buffet concept 70 times a year.

Everything changed last March when the arrival of coronavirus triggered the abrupt shutdown of restaurant dining rooms virtually from coast to coast. Many operations shifted their focus to takeout and delivery, but that’s a difficult transition for a buffet. Golden Corral’s off-premise sales were under 2% of a typical unit’s total sales. Rather than operate at a loss, the chain closed all its restaurants.

“It really fundamentally changed the buffet industry,” said Trenary. ”We were at the point of the spear. Many other segments had a head start on us.

“The one positive is it’s introduced so many new disciplines to our company,” he continues. “We’re really working to open up our box of ideas.”

One of the big challenges was finding a way to get food to consumers instead of having them serve themselves from the chain’s extensive buffet, an option that was no longer feasible, if legal. Many states specifically forbade the use of buffets and other forms of self-service.

Golden Corral intensified its experiments with plated entrees, an option already being tested at the time. That trial run has been expanded to include a whole menu of entrees. Today, where permitted, guests can order solely off that menu; use the buffet, with servers dishing out the food; or have a plated entrée with access to the buffet.

Condensing those attributes into something that’d work for drive-thru service “was an uphill battle,” he continues.

“We’ve been able to create a menu on a drive-thru board that utilizes our products, still gives us a great variety, and our customers are starting to respond to it,” Trenary says, noting that the lanes are currently operating in “four or five restaurants.”

As a family-focused concept, Golden Corral had no interest in adding alcoholic beverages. That orientation waned as the pandemic continued and demand for adult libations seemed to rise.

Golden Corral responded by adding frozen margaritas and daiquiris, as well as beer and wine. Still, “we wanted to make sure it didn’t turn into a bar-like scene,” says Trenary. Patrons can only order the drinks if they’re having food, and there’s a two-drink limit.

“We had to continue to push the box,” he says. “We’ve launched our own virtual brand, Homeward. It launched a little less than a month ago. Now it’s being executed out of about a dozen restaurants.”

Golden Corral is still not back to where it was sales-wise before the pandemic took hold, Trenary says. And some popular aspects of the chain’s operations will never return in their pre-pandemic form. He cites the examples of the chocolate fountain, a volcano of sorts that gushed chocolate dipping sauce. Patrons could dip fruit or vegetables into the downflowing stream to coat their bites in chocolate.

In its more sanitary reinvention, the fountain is fundamentally the same, but it’s behind Plexiglas. Customers let an employee know what they’d like to have dipped, and the staff member handles that function.

But Golden Corral has come far from “the very dark days of April,” Plenary told Maze. For instance, off-premise sales now account for 11% of sales.

“Our most loyal followers are coming back,” he says. “That’s why we have good confidence. We’re very optimistic that we can recapture not only the buffet lovers, but also introduce a whole new segment to the guests of Golden Corral.”