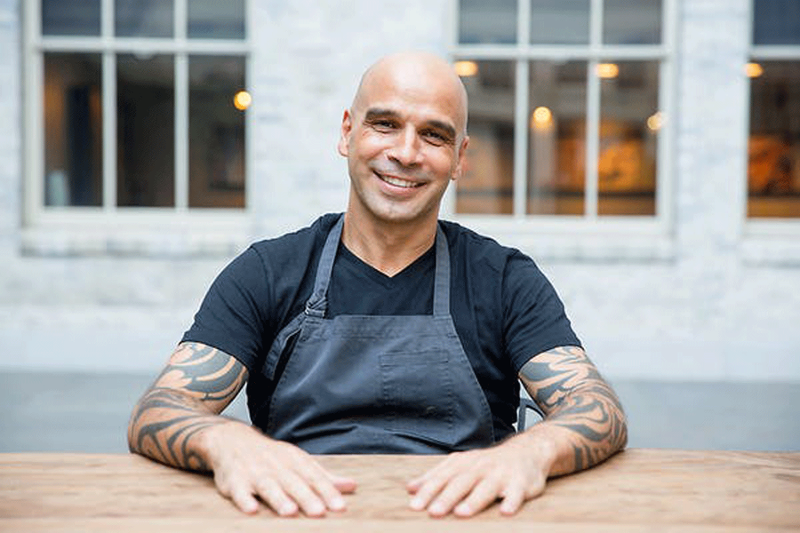 On Thursday, the James Beard Foundation dropped a bombshell on the industry, announcing that its annual chef and restaurant awards—often referred to as “the Oscars of the food world”—would not be given out this year. Or next.

The Foundation is cancelling the 2020 and 2021 awards, saying they will return in 2022 after a re-evaluation process.  The nominees and past winners we spoke with fully support the decision.

Current nominees, who were judged based on 2019 performance, expected to be honored at a virtual ceremony on Sept. 25. But 2020 is turning out to be a very different kind of year for the industry, and Foundation CEO Clare Reichenbach said so much in her statement: “The uncertainty of this time for our industry is already a hard reality and considering anyone to have won or lost within the current tumultuous hospitality ecosystem does not in fact feel like the right thing to do.”

Winning a James Beard Award can be a game-changer for a chef or restaurant, but 2020 nominee Christian Frangiadis of Spork in Pittsburgh, does not feel robbed of an opportunity and agrees with the cancellation.

“From a personal perspective, it feels like the right thing to do. There is little to celebrate right now, save for the ingenuity that some operators have shown by pivoting in meaningful ways to stay afloat,” said Frangiadis, who was nominated for Best Regional Chef: Mid-Atlantic.

On a broader level, he acknowledges that the postponement is indicative of the extent that COVID-19 has ravaged the restaurant business. “Hopefully, a new normal is around the corner, but that normal will be missing many of the people who contributed mightily to our country’s dining scene,” he said. “Let’s give the industry some time to heal before we go forward with awards, no matter how well deserved.”

Mourad Lahlou, a 2020 nominee for Best Chef: California, agrees. His San Francisco restaurants are not yet allowed to open for indoor dining and everyone in the industry is so bruised and beaten, “nothing about having awards this year felt right,” he said.

“I was thinking about this back when it was announced that the awards would be virtual and held in September,” Lahlou said. “I thought it we could open even on a limited basis before then, it would be a good way to build momentum. But there’s still so much uncertainty about opening that it’s very awkward. It’s a relief and the right thing to do, and my industry colleagues feel the same.”

Lahlou gives the James Beard Foundation a lot of credit for its move to hold off awards until 2022. “This gathering is the epicenter of their organization. It took a lot of wisdom and courage from the leadership to cancel.”

Bobby Stuckey, whose Boulder, Colo. restaurant Frasca Food and Wine won a 2019 JBF award for Outstanding Service, echoes these feelings. “This year is unprecedented and I totally support their decision to say, ‘Hey, this might not be the year to give out awards when every restaurant is struggling,’” he said. “They’ve been really brave in making this decision. I’m sure it wasn’t easy to do but, if you think about it, it probably was the right thing to do.”

Frasca, which has been around for 16 years, did see some benefits from winning the award last year, Stuckey said. “It helps with recruitment of great employees. It’s really the only award we have that’s like this. These awards are so important to our industry.”

Right now, the industry is fighting to get more federal aid for independent restaurants. Stuckey is one of the founders of the Independent Restaurant coalition, a group that is lobbying Congress to pass a $120 billion relief package. “The JBF really helped us get that group organized and get bills going and headed to Congress,” he said.