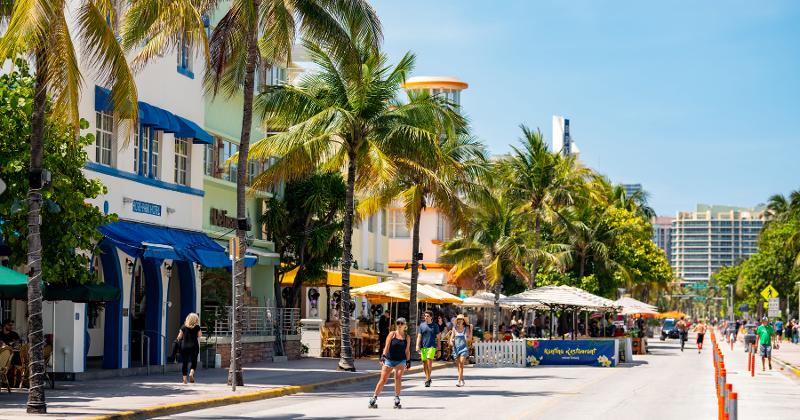 Restaurants in Miami-Dade County have been ordered to re-shut their dining rooms starting Wednesday as part of an emergency order intended to keep the area’s hospitals from being overwhelmed by new COVID-19 cases.

Mayor Carlos Gimenez also ordered the closing of banquet halls and party venues in the county, which sports a population of 2.8 million people.

Restaurants can continue to offer takeout and delivery, and can now provide outdoor dining for parties of up to four people. Gimenez did not say when dining rooms may be permitted to reopen.

The mayor said the reclosing is necessary because of a continuing spike in new cases among people aged 18 to 34. A key factor, he said, has been a tendency of people within that age bracket to congregate in indoor and outdoor settings without wearing face masks or practicing social distancing. Gimenez specifically cited “gatherings at restaurants that turned into packed parties” as one of the key causes cited by doctors.

The mayor attempted to discourage that tendency by imposing a curfew on restaurants leading into the July 4th weekend. Gimenez ordered places to remain closed between 10 p.m. and 6 a.m. The curfew remains in effect.

Bars throughout Florida were ordered to discontinue on-premise sales of alcohol by state regulators on June 26.

Gimenez noted that new coronavirus infections have been soaring in the county, one of Florida’s most populous, since the middle of last month.

“We can tamp down the spread if everyone follows the rules, wears masks and stays at least six feet apart from others,” he said in a statement. “I am counting on you, our 2.8 million residents, to stop the spread so that we can get back to opening our economy.”

He also encouraged residents to stay at home if they could and to report violators of the county’s safety measures to the police.

The mayor’s emergency order adds Miami-Dade to a still-short but quickly growing list of jurisdictions that have ordered restaurants to reclose their dining rooms because of a sharp upswing in new COVID-19 cases. Nineteen counties in California, for instance, were directed last week by Gov. Gavin Newsome to halt indoor table service for at least three weeks. Those areas host about 70% of the state’s population and nearly 10% of the nation’s dining establishments.

Updated:  This version of the story includes Gimenez' decision to permit outdoor dining for parties of up to four people. He announced that change a few hours after disclosing his intention to shut dining rooms.