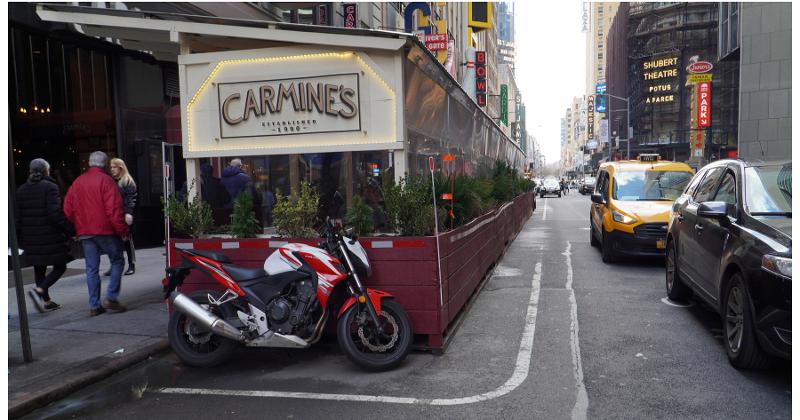 In another sign the pandemic is winding down, New York City has begun to rid its sidewalks of the huts, igloos and other outdoor seating facilities that restaurateurs erected outside their front doors while severe limitations on indoor dining were still in place.

Mayor Eric Adams announced Wednesday that 24 of the structures have been torn down in what his office termed a blitz. The choice was easy, the mayor indicated, because the sheds and shacks fronted restaurants that have permanently closed. The satellite seating areas were vacant and unused.

The mayor will need to walk a finer line with the structures that remain. Some restaurateurs are reluctant to give up the additional capacity. Others have found the sheds provide ample storage space in a market with little to spare.

Yet residents complain that the facilities eat up parking spots, create a hazard for pedestrians and have become nesting areas for rats and other vermin, in part because the shacks are often used as urinals and garbage receptacles.

Before announcing the wave of demolitions, Adams ate in one of the structures to show he’s not tone-deaf to restaurants’ concerns about losing seats. He promised to develop guidelines that address the interests of both sides in the matter going forward, and declared that al fresco dining will remain part of the New York City experience.

“I want to say it loud and clear: Outdoor dining is here to stay,” said in announcing the demolition blitz. “It’s now part of the fabric of our city.”

About 13,000 operations participated in the Open Restaurants program, according to City Hall.

The mayor indicated that more abandoned sheds will be removed as they’re discovered or reported by residents. Simultaneously, the city’s Departments of Transportation and Sanitation will investigate 37 exterior structures suspected of egregiously violating the rules and zoning exceptions New York adopted in a flash to help its restaurants survive the COVID-19 crisis.

Each will be inspected three times before being torn down, according to the mayor’s office. It noted that the proprietor of the host restaurant will be informed of the violations and provided time to correct them before a final inspection is conducted.

The slow-and-steady approach has been well-received by the local restaurant industry.

"It’s great news that Mayor Adams announced the City will remove abandoned outdoor dining structures that shuttered during the pandemic and will focus on revitalizing or removing dilapidated ones as we transition out of the temporary emergency program that saved countless small businesses and jobs,” Andrew Rigie, executive director of the New York City Hospitality Alliance, said in a statement. “We look forward to working with the City to develop a permanent outdoor dining system that will be beautiful and sustainable for the future.”